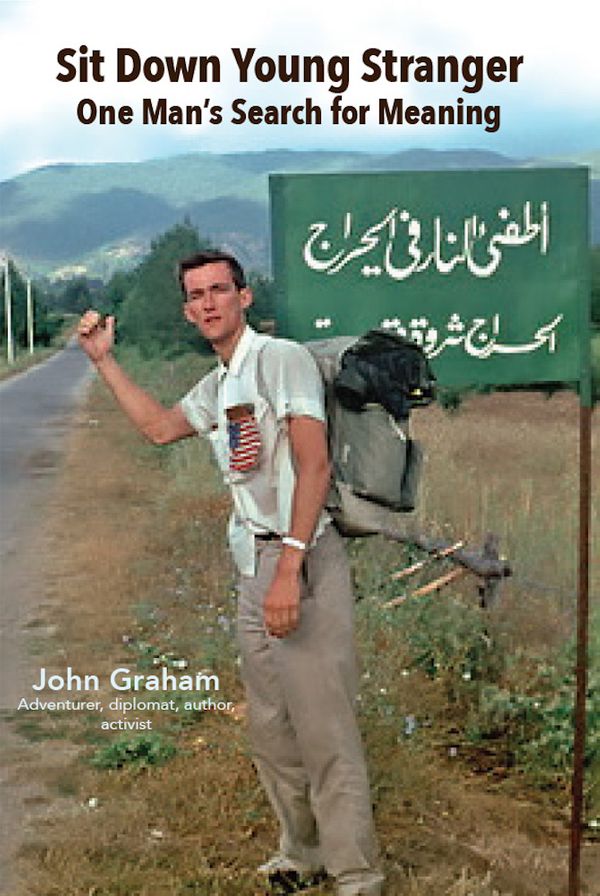 John Graham shipped out on a freighter when he was 16, hitchhiked through the Algerian Revolution at 19 and was on the team that made the first ascent of Denali’s North Wall at 20, a climb so dangerous it’s never been repeated. He hitchhiked around the world at 22, working as a correspondent in every war he came across. A US Foreign Service Officer for 15 years, he was in the middle of the 1969 revolution in Libya and the war in Vietnam. To the young Graham, adventure was everything, and each brush with death only pushed him to up the ante—and to bury ever deeper the emotional life needed to make him whole.

Then it changed, sometimes slowly, sometimes dramatically, including during one tragic night at the height of a battle in Vietnam. At the United Nations he risked his career, crossing his own government to support peace initiatives in South Africa and Cuba. Then came the all or nothing bet he was forced to make, fighting for his life in a lifeboat in the middle of a typhoon when his ship caught fire and sank in the Gulf of Alaska.

But Sit Down Young Stranger is much more than an adventure yarn—it takes you on the author’s fascinating journey from thrill-seeking to a deep search for the meaning of life. For the last 35 years Graham has been a leader of the Giraffe Heroes Project, a global movement inspiring people to stick their necks out to solve public problems and giving them tools to succeed. He’s helped end apartheid in South Africa, avert a major strike in Canada, save what’s left of the Everglades, settle a war in the Sudan, find long-term environmental solutions in the Pacific Northwest and build bridges between the Muslim world and the West. His articles and interviews on current events appear in major media all over the world and on the Internet. His video blog, Living Room Talk, reaches a global audience.

John Graham’s brutally honest story moves readers to look at the meaning of their own lives and, for many of them, to make life-altering course corrections. It is a book to pass on to your sons.