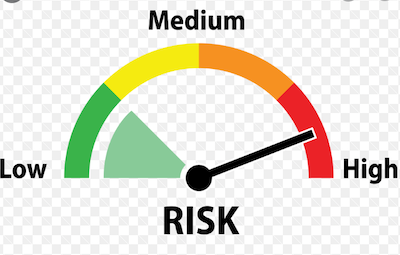 A Risk Too Damn Big to Take

Last Friday, after a Trump-inspired mob had occupied the Capitol, leaving five people dead and the nation’s reputation in tatters, a deeply worried House Speaker Nancy Pelosi called Mark Milley, the Chairman of the Joint Chiefs, to ask him about “available precautions for preventing an unstable president from initiating military hostilities or accessing the launch codes and ordering a nuclear strike.”

We don’t know what Milley told her, but it couldn’t have been reassuring. After that call, Pelosi set in motion the planning for a second impeachment to force Donald Trump from office immediately.

Let me tell you what I think is going on.

First let me say:, nuclear weapons and their possible use is something I know about.

For three years I was a member of a top secret government group charged with planning nuclear war. After the attack on the Capitol incited by a deranged President, however, it doesn't take my background to be worried that Donald Trump is irrational and dangerous enough to start a nuclear war before January 20th. With his coup attempt failed, how could he be trusted NOT to try something bigger and even more destructive—to vent his anger, taking as many people as possible down with him?

The most irrational act possible would be to launch a nuclear attack, most likely on Iran. But it wouldn't stop there. Every single nuclear war-fighting simulation I participated in showed that a limited nuclear strike could never be contained; it always escalated into a global catastrophe.

Predictably, senior military men over the last few days have publicly dismissed this danger, assuring us that our military’s ability to control threats to the nation’s safety is impeccable. I find very little comfort in their assurances of readiness. Top commanders were playing golf in Honolulu on the morning of December 7th 1941.

But my skepticism is born also from that experience as a nuclear warplanner.

The Pentagon’s assurances this week all imply that the process of the US launching nuclear weapons is a logical and rational one—completely ignoring the fact that the only reason we’re talking about the problem is because the President of the United States has proved himself to be neither logical nor rational. At this point, he could be batshit crazy.

Pentagon spokesmen also remind us that members of the US military have been taught to recognize and disobey illegal orders, particularly the personnel at US Strategic Command, which oversees America’s nuclear arsenal.

Yeah. What about MyLai and Abu Ghraib and the murder of civilians in Afghanistan and the cover-ups? There are bad apples in every barrel. When you're talking about the fate of the world, you can't afford even one.

And then there's a question of what's “legal” and what's not. Starting with Harry Truman , an American president has absolute control over using America's nuclear arsenal. But the crazier he is, the more likely he is to be adamant that his decisions are legal and to dare shaken underlings to cross him. Trump would insist: “It’s legal because I say it is.”

Let's go step by step through the process Trump could use to start a nuclear war.

First he has to call for a special briefcase that a military aide brings everywhere the president goes. Inside is communications equipment that connects the president with the National Military Command Center, and a sealed packet containing an authentication code that certifies that the order is coming from the President and not, for example, from a terrorist who's taken over the Oval Office.

On Trump's order, the officer carrying that briefcase is supposed to open it and give him the paper with the authentication code. If that officer observed that Trump appeared deranged, he could refuse to give him the code, disobeying a direct order from his commander in chief.

I put the odds that officer would refuse to give Trump the code at 20%.

So Trump now has the needed code. One military briefer last week painted for us the picture of Trump in the Oval Office surrounded by responsible military and civilian officers, all trying to talk him out of ordering a strike or, failing that, preventing him from calling the Command Center.

The problem is that these responsible officers wouldn't be in the room because there wouldn't be time for them to get there.

This scenario could work if we were talking about moving an aircraft carrier, which takes days, but a nuclear strike decision by the president can be carried out in minutes. And Trump is more likely to be on a golf course than in the Oval Office. “Hand me my nine iron and the nuclear code—now!”

So I put the odds of senior officers stopping Trump at 0%.

OK, so there's no crisis team of savvy professionals anywhere near Trump when he reaches for that phone. But let's say a Secret Service agent or two or maybe a junior staffer, seeing what’s going on and Trump’s state of mind, might physically constrain the President.

I put the odds on that happening at 10%.

So Trump is able to use his authorization code and call the National Military Command Center. The issue now is not authorization but implementation.

The people at the Center know they are indeed talking to the President but they have no idea if he's crazy or not. They would get exactly the same kind of call if radars had picked up real enemy missiles heading our way. There would be no time to corroborate whether this was a legal order or not, or whether Trump was sane or not. Unsure, they’ve trained for years to obey an order from the President.

Let's say the odds of the Command Center stopping the launch are 25%.

If not stopped, the implementation order then goes out to the people who will actually deliver the weapons—the bomber pilots and the silo, sub and ship commanders. In order to avoid being destroyed on the ground, the bomber pilots are in the air in minutes and once in the air, launch protocols make it extremely difficult to retract their orders.

For all these delivery systems, it takes two people with two launch keys, physically separated so that one person can’t reach both keys to arm and release the missiles. If one of a pair refuses to turn his or her key, then the launch doesn't happen.

I put the odds at the attack being stopped at this late point at 25%.

Considering all my guesses about these fail-safes, I get about an 80% assurance that a nuclear launch by a deranged President Trump could be stopped. Again, that's a guess but for sure it's not 100% or even close.

So do we really want to take a 20% chance—or even a 2% chance—that an unhinged and vengeful Donald Trump could launch a nuclear weapon? Can we take that chance just because we're too hesitant or scared or naïve to separate him from that authentication code NOW?

Separating Donald Trump from that code would mean separating him from the presidency—either by impeachment or by the invocation of the Constitution's article 25. Either option normally would take a lot more time than the ten days remaining in Trump's presidency—but those could be the most dangerous ten days in history.

Are enough senior people in government sufficiently shocked by the Trump mob’s attack on the Capitol to fast track either an impeachment or an Article 25 proceeding?

We need to press them to do that.

Look, you probably never thought we’d be in this place, but here we are. Trump’s thugs actually took control of the Capitol, with at least some of them expecting to take control of the government.

Anything could happen now. Brave leaders need to remove nuclear war from the list of the Godawful things Trump could still do.

Sounding the alarm is the most responsible thing I can think to do. There are too many holes in the launch process to settle for any reassurances that we’ll make it safely through these last perilous days.

What can you do? Call your legislators. Keep them alarmed. Tell them they must remove Trump from power NOW.