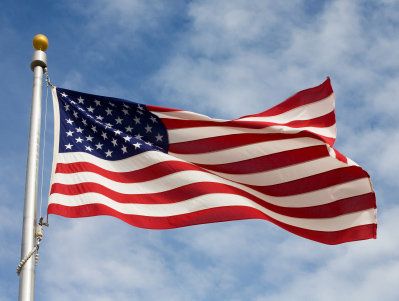 Watching the sandbox antics in Washington over yet another polarizing issue--the debt ceiling--I feel sad and angry at my country’s incompetence. Yet there may be a model for America’s future in Sierra Leone, a country the size of Iowa on the bulge of West Africa. It’s a potentially rich country, impoverished by a brutal ten-year civil war that ended in 2002--think child soldiers and Blood Diamonds.

As a former US Foreign Service expert on Africa, I can be as cynical as anyone about Africa and its problems. Yet on a recent trip to Sierra Leone I saw the country coming back. The most impressive resurgence is in the spirit of the Sierra Leoneans themselves. It’s as if the whole country--traumatized by the consequences of its divisions--has discovered that building a safe, fair and prosperous nation can’t succeed unless they build it together.

Why can’t we figure that out in the United States? Why are we, with far more going for us than the Sierra Leoneans, unable to build a future together even as the toxic consequences of our divisions become more apparent by the day?

Everywhere I went in Sierra Leone, billboards proclaimed “Na wi country,” which my hosts translated not just as “This is our country” but “This is OUR country.” The signs were symbols of a national pride rooted in the common good and a positive vision of the future that just might finally produce the stability and well-being that have long been promised but never delivered.

OK, I exaggerate – but don’t we all? Beyond the stereotypes, what truly prevents the “our” in this country is money. We may not hack each other to death with machetes, but our nation is slowly dying as its wealth is transferred to those who need it least, letting the pain and anger build in everybody else. Our corruption is not banknotes shoved into pockets, but the wholesale buying of our elections by big money, most from the corporate Right, diluting the votes of ordinary citizens. We may not have warlords living on blood diamonds, but our government hardly bothers to prosecute the criminals who have undermined our economy, stolen our tax dollars and turned Wall Street into a casino where the house always wins.

What has made America exceptional in our past was our ability to solve shared problems, often with tremendous energy and ingenuity. Going back to de Toqueville, Americans have always valued this kind of citizen involvement, with each of us a stakeholder, finding meaning in what we shared, from raising barns to fighting wars to coaching Little League. That exceptionalism is now receding into the rear view mirror, replaced by jingoistic slogans, willful ignorance and polarizing greed.

Am I too sour? Tell me, given the fierce partisanship paralyzing this country, how many politicians and pundits do you see arguing for solutions that serve the common good when know that in doing so they will be tagged by extremists on their own side as weak at best and treasonous at worst?

There is hope. The great majority of Americans still want essentially the same things for themselves and their families. What we share, however, is consistently pushed out of reach by self-serving demagogues driving wedges among people made more vulnerable because they are broke and scared.

The people in Sierra Leone have so few assets and we have so many, but they understand the dangers of division and are acting to build a common future, while we remain polarized in our ideologies and immobilized by our anger. What does it take before we get it?

A successful future for America depends on the meaning we attach to being citizens of the same republic--a meaning shattered every time the left questions the intelligence of their opponents and the right questions the patriotism of those who don’t share their views. That success also will be measured by the depth of our commitment to each other—a commitment that begins in our neighborhoods and PTAs and town councils and swells upward from there. Our success rest on the shape and power of our vision--how can we pursue “life, liberty and the pursuit of happiness” when the nation is a battleground of uncompromising ideas and ideologies

Naïve? What’s naïve is expecting that we can keep on our present bitter course and cope with the challenges bearing down on us. This is OUR country. And we need to prove it. Now.