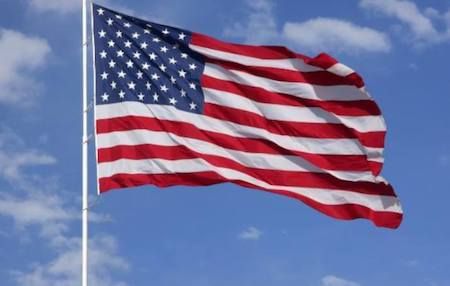 “America’s Back.” On February 19, with those two words, the new US president repudiated the go-it-alone policies of his predecessor that had led to bitter disagreements, escalating trade wars, and rejection of the alliances that have benefited America and its allies since the end of the Second World War

But a slogan is not a policy. Let’s look at what’s back and what isn’t.

Acknowledging the strains and shit storms have characterized America’s relationships with Europe over the last four years, President Biden assured European leaders that "The US is determined to reengage with Europe. To consult with you. To earn back our position of trusted leadership."

As a former Foreign Service Officer I was delighted to hear Biden reaffirm that America lives in a multipolar world where huge global problems like pandemics and climate change can’t be solved without collaboration and cooperation. Where trust and honest dealing are critical. Where approaches to opponents must be tough but clear-eyed and open to opportunities for improvement.

The Europeans, of course, welcomed Biden’s remarks as well, but not without some skepticism that even Joe Biden, a seasoned professional and their friend for decades, could deliver on what he’d just said.

Still, they had to have been pleased with what he’s done in just a few short weeks.

Biden signed America back on to the Paris climate accords on his first day in office. And he put America’s money where his mouth was by announcing a plan to spend $2 trillion over four years to increase the use of clean energies in transportation, electricity and building sectors in the US, while rapidly moving away from coal, oil and gas, an effort that will greatly lessen America’s negative impact on the global climate.

In a time when wealthy nations have corona vaccines and poor nations don’t, Biden committed $4 billion to a global pandemic relief fund for poor nations.

Biden unequivocally reaffirmed America’s commitment to NATO and its obligations of collective defense by announcing he was halting the withdrawal of troops from Germany that Trump had demanded. Where Trump had viewed America’s troops abroad essentially as mercenaries, providing services for hire if the price was right, Biden explicitly rejected this transactional view, noting that America’s security relationships with Europe are rooted not in the profit motive but in the richness of shared democratic values.

Biden said America is willing to renew talks to restore the 2015 nuclear accord with Iran providing Iran is willing to return to the limits on nuclear production that it observed until 2019.

And, perhaps as important as any of his policy statements, Biden, with his well-earned reputation as a tough but trusted partner, on Friday began to repair the damage with our allies caused by his predecessor’s ignorant and boorish behavior.

Given that Europe and the world were appalled by Trump’s attempted coup, Biden’s European audience had to be weighing his assurances that America is back, against their concern that the US isn’t the steadfast democracy it once was. Still, on Friday, they seemed more than ready to re-engage America in a transatlantic partnership.

But the question is, what kind of a partnership will this be?

I think it would be foolish to assume that either America or the Europeans can really go “back,” if that means picking up where Obama left off. Some tough, creative thinking is needed to face new realities and figure out how to deal with them.

For example, a positive result of Trump’s Atlantic policy was to force the Europeans for the first time in too long a time to take a hard look at their own role in protecting themselves with reduced dependence on the United States; this has led to an upsurge in European defense spending, a goal long sought by a succession of American administrations.

The Alliance as a whole is stronger for this, especially as it has forced the Europeans to think more independently about their future. And if this causes communications with the United States to be a bit more combative and gnarly than under Obama, well that’s probably a small price to pay.

But a less dominant US role in European security brings up the whole concept of America’s leadership role in other areas.

Biden promised that the United States would again “shoulder our responsibility of leadership.” But if by “leadership” Biden means a return to the traditional American assumption—we decide and you follow—many Europeans feel that that world is gone, and that Europe must not behave like America’s junior wingman in fights defined by Washington.

It’s not so clear yet that the Biden Administration recognizes that in today’s world it must share its leadership role with its European allies to a degree it has never done before.

Europe is charting its own course on Russia and China in ways that do not necessarily align with US goals.

Europe’s trade relationships with Russia and its dependence on Russian natural gas, for example, drive policies toward Russia significantly less hawkish than those Biden has favored so far.

Some Europeans, while certainly ready for strong action against Russia and China for their destabilizing activities in cyberspace, are wary of what they see as an attempt by the new American Administration to define a new global Cold War against authoritarianism—in both Russia and China.

Biden has talked for months about a "strategic competition" with China, a policy that demands close cooperation with Europe to succeed. But Europe is setting its own policy goals with China, including finalizing a trade deal that the Biden Administration sees as premature.

The Europeans, however, tired of being caught in America's turbulent wake, want to forge their own relationship with China as part of a strategic autonomy defending interests that are not always identical with those of the United States.

Regulating the Internet is another key issue where America and its European allies are not in lockstep. On Friday, Ursula von der Leyen, the President of the European Commission called for the United States to join Europe in creating a set of rules, valid worldwide. demanding that internet firms take responsibility for the content they distribute, promote and remove.

“Decisions on content must not be left to computer programs or to the boardrooms of Silicon Valley,” she said. “They must be made by democratically elected legislators”—an argument France has consistently made. But the US has been reluctant to go this far, motivated by a commitment to individualism and to free speech not fully shared in Europe.

While America’s willingness to help fund pandemic vaccines for poor countries is welcome, America’s reluctance to weaken patents will remain a serious problem for global distribution.

Finally, on Friday there was a virtual elephant in the room. European leaders have eyed with caution the insurrection attempt on January 6 as evidence of pervasive division in the United States that cannot be quickly erased. Von der Leyen, the European Commissioner, cited the storming of the United States Capitol as “a turning point for our discussion of the impact social media has on our democracies.” It was only a “short step from crude conspiracy theories to the death of police officers,” she said. Europe wants controls on what’s allowed in social media, and it wants the US to include itself as one of those nation threatened by a social-media-fed slide into autocracy.

She was voicing a significant European concern that Joe Biden is a temporary respite in the middle of a slow but perhaps irrevocable slide by America into the uncaring and autocratic nation the Trump administration was trying to build. An America that was no longer a friend, let alone a trusted partner.

Foreign policy may not be the most important issues you’re concerned about right now, with all the challenges you’re facing on the domestic front, but how the US interacts with Europe and with the world hugely impacts our lives and those of everyone we care about.

Pay attention. We need to keep an eye on how America comes back.