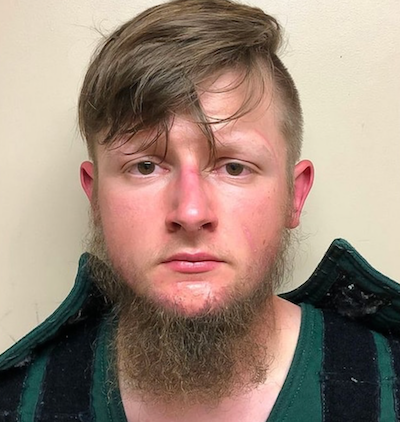 Atlanta and the Lethal Problem of Male Rage

Last week, Robert Aaron Long, a 21-year-old white man, killed eight people, seven of them women, in three Atlanta-area spas. His motives seem to have been a toxic mix of misogyny, racism and bizarre ideas about himself and sex.

A patron of two of the spas, the Long grew up in a ultra-conservative Baptist church and appeared fixated on lust and guilt. He told police that he was a “sex addict” and that the women working there were temptations he couldn’t resist and so he had to eliminate them.

The fact that six of the women he killed were of Asian descent complicates his motives. There’s some evidence that Long was radicalized by Donald Trump’s racist campaign blaming China for Covid 19.

Long’s predation may also have been fueled by the long-standing trope of Asian women as vulnerable and passive—a great temptation for a bully. There’s also the fear and rage triggered in many men by a steadily increasing loss of male entitlement once conferred by traditional gender roles.

Put it all together and Long was experiencing a perfect storm of twisted motives.

Still—there are plenty of men who are misogynists, plenty who are racists and/or have twisted attitudes towards sex. Many are frightened and furious over losing status and power as others gain it. But they don’t respond by killing people. They find other ways, from domestic violence and sexual predation in the workplace to an inability to create and sustain respectful, loving relationships.

So——How do we prevent more Atlantas?

Legal changes are important. Prosecutors should have the option of labeling any violence against women as a hate crime and, if it involves multiple victims, it should be prosecuted as an act of domestic terrorism, whether it’s racially motivated or not.

But that’s the easy part.

At great risk of enraging many of the women hearing or reading this, my truth is—that men need help.

As a society, we need to do a better job of understanding and dealing with the pathologies we’re talking about. What drives so many men to blame, and try to dominate, women in order to ease their fears, frustrations and bewilderments in a society where the roles and rules for both genders are changing rapidly?

Let me make clear from the start: I’m a 78-year-old white, straight male and my views reflect my experience. I cannot speak for my black, brown, gay and trans brothers. Some of them may face the issues I raise here, but that would be for them to say.

For sure I know and have known a lot of men of all kinds who struggle to communicate or even acknowledge their emotions, men who want, but fail to form, positive relationships, men whose fathers were emotionally AWOL, men who grew up without good role models for what it means to be a brave, caring, and responsible male human being.

Me—I started out a skinny kid whose role models were all Rambos.

My anger at the bullies who tormented me was incandescent.

My father was kind but emotionally absent.

My definition of manhood for years centered on risk and violence, both of which I got quite good at handling, as a mountain climber and as a Foreign Service Officer in tough spots around the globe.

I’d love to tell you that I’m way past all that but the people who know me well would tell you I’m not quite there yet.

I think a lot of other men in America are “not quite there yet” because straight white men, still at the top of the conventional power pyramid, have never had to seriously examine the often toxic pathologies too many of us grew up with.

Second-wave feminists brought about changes that allowed women to define themselves on their own terms, challenging the culture’s view of who they are. Men today need something as revolutionary as feminism has been, and it needs to start with boys, initiating them into manhood, not just by their fathers and uncles, but by a community of men.

20 years ago, in such an effort, I joined a group of older men who led young men on tough and sometimes dangerous trips into the mountains. The days were full of climbing cliffs and fording floods, ideal actions for the adrenaline and testosterone coursing in their veins. Afterwards, around the campfire, there were stories, questions and deep discussions—great antidotes to the skewed definitions from videogames and peers—of what it means to be a man.

A healthy manhood includes not just braving physical dangers, but also braving our internal fear that expressing emotions will emasculate rather than free us. For me in my thirties, letting people know what I was feeling about myself, about them, about life, felt more dangerous than hanging from a cliff.

We need to develop rites of passage that shape boys into good men.

There’s an African proverb that says, If you do not initiate your young men, they will burn down your village. Native Americans initiated boys through lengthy and often dangerous trials that led to being welcomed into the company of men, expected to take on responsible roles in the tribe.

We don’t have such initiations in our culture and we need them. But even without rituals, our young men need examples of older men leading brave, compassionate and responsible lives.

They need to see men who care deeply about the people in their lives and who build respectful relationships with women. They need to know that reflection and self-awareness are part of a good life, that taking on responsibility for the well-being of their communities is the path to a life filled with meaning and satisfaction.

To the women who scoff at the idea that white men—who still hold most levers of conventional power—are “needy,” I only answer, yes, we are, although many of us find it hard to say so.

Feminism is about claiming power. There are too many men who are now afraid of losing power, men who can be so frightened they kill women..

We must raise boys to be strong, valued members of the human community, partners rather than dominators, fully present and emotionally engaged.

The women’s movement has pushed us to forge a new definition of manhood—and to be examples of good men for our sons.

Now we need to move farther, faster on our own. It’s not just our well-being that depends upon our success.