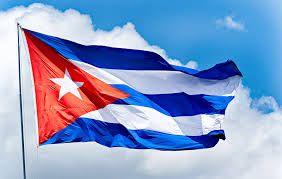 President Obama has announced the resumption of diplomatic relations between the US and Cuba, good news that I have a particular reason to welcome. It wasn’t that the US has lacked opportunities to do this. We could have at least begun the process thirty-five years ago. I was there, and this is the story you will not read in any diplomatic archive.

The story begins in Iran...

In November 1979 the staff of the US Embassy in Teheran had been taken prisoner by mobs controlled by the Ayatollah Khomeini and no amount of direct threats or diplomatic pressures had worked to get them freed.

At that time, I was in a unique position to help get them out--with the aid of Fidel Castro:

I had ties with the Castro Government in Cuba, and they had ties to Iran. I seized the opportunity. The effort failed only because the US Government, blinded by a Cuba policy that was a failure even then, refused to follow up on the opening I had created, via Cuba. This is the story of how US intransigence both kept our diplomats jailed for another year in Teheran and created decades more pain, frustration, and loss for both the US and Cuba.

Until the Carter administration, the United States had paid little attention to the so-called “Nonaligned Movement” (NAM), the loose political bloc of all the states in the developing world. I was then a young US diplomat at the United Nations, tasked with keeping tabs on the NAM, which was easy to do since all the NAM states were members of the UN and had offices in New York. Until Carter, the job I held was a thankless one, since the US attitude toward nearly all the developing world was focused solely on our Cold War interests—would they vote for us or for the Soviets in the General Assembly? The only other significant interest we had in what was going on in the half of the planet owned by NAM states was our need for their raw materials.

But when Jimmy Carter stepped up the US’s focus on the NAM states for far-sighted and humanitarian reasons, it became more important to know what those states were thinking and doing, not just individually, but collectively. Since I already knew most of the delegates from NAM states from contacts at the UN, the State Department appointed me America’s first—and only—formal link to the Movement.

In that era, US diplomats were forbidden to talk to either the Cubans or the Palestinians. I did both. The NAM met a couple of times a year outside New York, almost always in the capital city of one of its members. While as a US diplomat I couldn’t be invited to these meetings, nothing stopped me from being in the right city at the right time and talking to diplomats from NAM nations—including the Cubans.

These illicit conversations were particularly important to the Cubans. They went out of their way to keep me informed of Cuban views since I was one of the few reliable channels they had to the State Department at a time of near complete breakdown in relations between Washington and Havana. For my part, I enjoyed hanging out with Castro’s diplomats, not because I shared their politics, but because they were fun, irreverent and bold—especially Ricardo Santamaria (not his real name), the deputy Cuban Ambassador. Ricardo was stocky and balding, with an accent that made him sound like a Latin ballplayer interviewed on a postgame show. He had anti-Castro cousins in New Jersey that he could never convert to the cause; he blamed the State Department, which would not let him travel outside New York City.

In January 1980, I went to Belgrade for a meeting of the Nonaligned Movement. On the last night there, Ricardo and his boss invited me out for a “real workers’ meal”—meaning beans and pork and cheap red wine—at a run-down restaurant in the city’s industrial section. To the great discomfort of the Cubans, the Yugoslav government had insisted on supplying them with a huge black chauffeured limousine for their stay. Ricardo had directed the car to park a block away from the restaurant, and we’d walked the rest of the way. “We are socialists,” he’d said. “No way we drive up to a workers’ restaurant in a limo.”

It took a half bottle of hot sauce before the Cubans pronounced the meal acceptable. That was also when they ordered the fourth bottle of wine. After a long argument about the collapse of Red Sox pitching, the talk turned to politics—and the US hostages in Teheran.

The US needed somebody else’s good offices to get its people out and, to me, the Cubans, with their good links to Khomeini, seemed perfect. I brought up the idea of Castro interceding with Khomeini to free the hostages. The waiter brought more wine.

The Cubans, naturally, wanted to know what would be in such a deal for Cuba. About two in the morning, we sketched out a plan on a napkin that would have traded Cuba’s help in freeing the hostages for a loosening of the American economic embargo on their island. We all thought it was a great idea.

I assumed the notes had disappeared with the hangovers, but two weeks later in New York, Ricardo took me aside in the General Assembly hall and whispered: “The old man says we’ll do it.” When I looked puzzled, Ricardo sighed in frustration, wary of people watching us. “I mean,” he said very deliberately, “that Fidel Castro wants to pursue our plan. He will help free your people in Teheran.”

I all but ran across the street to my office with the news, but when the US Mission sent Castro’s offer down to the State Department, it was rejected outright. Subject to pressure from right-wing Cubans in Florida, the US government was not willing to give Castro the kind of PR coup he’d score if he got our people out. Nor was it ready to loosen the embargo under any circumstances. I got my knuckles rapped for encouraging the enemy.

Considering Cuba’s close ties to Iran at the time, it seems likely they could have pulled off their end of the plan. The hostages were finally freed in early 1981 when the Algerians played a role almost identical to the one I’d suggested for the Cubans that night in Yugoslavia. Had the US taken the Cuba option created in that run-down restaurant in Belgrade, the momentum, I’m sure, would have led to lifting of the full embargo and resumption of diplomatic ties.

Thirty-five years later, President Obama has finally engineered a resumption of diplomatic relations with Havana. That's good. But note that the end of the completely counterproductive embargo is not part of the deal. Nor could it have been, since that requires Congressional approval.

Will the incoming Republican Congress end the embargo? Public pressure will be important. But what really needs to happen is for US corporations and their lobbies to bring their massive power to bear, motivated by the enormous economic opportunities they must now see before them. “Cuba as a Customer” may not be the marching banner that progressives would prefer. But it may be the only one that works.

(There’s a fuller account of these incidents in On the Edge, a memoir, just out by Blooming Twig Books. #ontheedge)