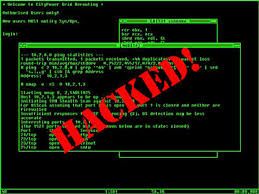 Did Russia Turn the U.S. Election?

The report from heads of American intelligence agencies has confirmed the obvious: Russia deliberately tried to influence the outcome of the American election in favor of Donald Trump. The agencies’ report found no evidence that the Russians tried to electronically change vote totals; they were content to mess with our heads, and in that, they did quite well.

I find complaints about these Russian actions by some US leaders laughable. The hard truth is that, by making adroit use of our weaknesses, Russia beat us at our own game.

There were three main parts to the Russian strategy. The first involved hacking into the internal email systems of the Democratic National Committee (DNC) looking for whatever they could find that, exposed, might damage the Clinton campaign. Most of what they found was harmless “boiler room” talk, but they also found emails that made Clinton look hypocritical or worse, especially in the public descriptions she made of her relationships with Wall Street. Others detailed how the Clinton campaign, and some members of the DNC, actively connived to sabotage the campaign of Sen. Bernie Sanders, Clinton’s primary opponent. Disseminated by WikiLeaks, this hacked information, in a race made close by many other factors, hurt the credibility of Clinton and her campaign. 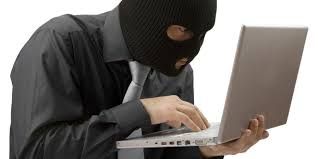 Truth be told, it was the DNC’s own fault for being as vulnerable as they were. They’d been repeatedly warned by the FBI that Russian-based hackers we’re trying to break into their internal email systems but they did nothing to protect themselves; the FBI, in its own dereliction of duty, did not emphatically follow up on its warnings. The Russian hacks into the DNC were not even state-of-the-art, we are now told, and could easily have been thwarted had the DNC made even a modest effort to do so. And, of course, the DNC has only themselves to blame for there being damaging “dirt” for the Russian hackers to find in the first place.

The second prong of the Russian strategy was to use an army of trolls to invent and then disseminate as widely as possible over social media “fake news” stories that made Clinton look bad.

What should worry us most is not that the Russians disseminated fake news (they were hardly alone in doing so)—but that so many Americans were gullible enough to swallow it. The American electorate has become so unaware, so captive by highly partisan sources of information to the exclusion of all others, that too many of us have lost our ability to sort what’s true from what isn’t. Millions of Americans—taught by relentless ideologues to disregard “experts,” “facts,” and “science”—have become extremely vulnerable to clever manipulators of their emotions; they believe even the most ridiculous lies if they’re repeated often enough and with enough passion.

The third element of Russian strategy is to use RT, its own global news station, to focus on stories, opinions and analysis that favored Trump over Clinton. RT has a viewership in the millions.

[Note: I am a regular commentator on RT, mostly on issues of national security and the Middle East. My interviews offer a balanced view of important global issues, free of propaganda by any side. I regularly criticize Russian actions on-air.]

What drives many US Cold Warriors nuts is that RT is very open about its aim to challenge western domination of global news, and to offer alternative views and analysis, including those from a Russian point of view—just as Voice of America has done for the US for decades.

How dare they? Welcome to the new multipolar world, folks, where no one can control global communications. The cyberspace is no one’s property and the Russians have as much right to use it as anybody else. It’s just that we Americans are used to our points of view flying around the world far more than we are used to contrary views from others landing in our living rooms, laptops, smart phones and tablets.

Finally, American criticisms of Russia’s attempts to influence our elections are a classic case of pot calling the kettle black. Interfering in others’ governance is a black art form that the US perfected in places like Iran and Chile. Our tool kit has included everything from violent regime change and vote rigging to gentler methods, including pumping cash into election campaigns and using US-funded organizations to train factions we favored in how to win elections. From 1946 to 2000, according to Carnegie Mellon University's Dov Levin in a recent LA Times article, the US interfered in foreign elections 81 times compared to 36 times by the Russians.

Next steps? Cyberwarfare and social media disinformation campaigns are games that anybody can play and some people may be playing them better than we are. While few think that Russian meddling was a decisive factor in Trump’s victory, that the Russians did as well as they did should be a source of deep embarrassment to the US. The President-elect's announcement that he'll up-level our own cyberwarfare game is one I hope he follows through on.

Meanwhile, give the Russians their due. They outsmarted us this time around. It should never happen again.

And if you're one of the people who feel that gentle nations should disengage entirely from dishonorable acts such as hacking and fake news—I wish I lived in your world.