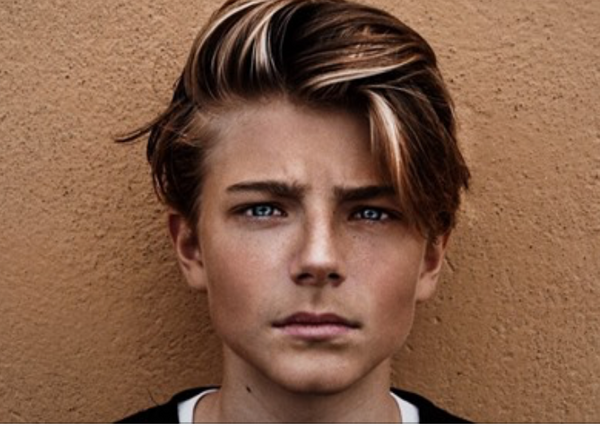 Take a step behind the discussions on guns, misogyny, and the anger and loneliness that are driving men’s addictions and suicides. Time after time, in that dark place, I see men struggling to communicate or even acknowledge their emotions, men wanting but failing to form positive relationships with other men, men whose fathers were emotionally AWOL, men who grew up without good role models for what it means to be a brave, caring and responsible male human being.

I’m a 75-year-old white, straight male and my views reflect my experience. I cannot speak for my black, brown, gay and trans brothers. Some of them may face the issues I raise here, but that is for them to say.

As a skinny little boy my chosen role models were all Rambos. My anger at the bullies who tormented me was incandescent. My father was kind but emotionally absent. My definition of manhood for years centered on risk and violence, both of which I became quite good at handling, as a mountain climber and as a Foreign Service Officer. I would love to tell you that I’ve long since grown past all that but the people who know me well would tell you I’m not quite there yet.

I think a lot of other men in America are “not quite there yet” because straight white men, still at the top of the conventional power pyramid, have never had to seriously examine the often toxic pathologies so many of us grew up with.

Second generation feminists started a movement that allowed women to define themselves on their own terms and to challenge the culture’s view of who they are. Men today need something as revolutionary as feminism has been, and it needs to start with boys, initiating them into manhood, not just by their fathers and uncles, but by a community of men.

In such an effort, I’ve joined a group of older men who have led young men on tough and sometimes dangerous trips into the mountains. The days are full of climbing cliffs and fording floods, ideal actions for the adrenaline and testosterone coursing in their veins. Afterwards, around the campfire, there are stories, questions and deep discussions—great antidotes to the skewed definitions from videogames and peers—of what it means to be a man.

A healthy manhood includes not just braving physical dangers, but also braving our internal fear that adding a full emotional life to our “manly” independence will somehow emasculate rather than free us. For me in my thirties, letting people know what I was feeling about myself, about them, about life, often felt more dangerous than hanging from a cliff.

We don’t need to take boys into the mountains in order for them to become good men, but we do need to develop impactful rites of passage they will remember. There’s an African proverb that says, If you do not initiate your young men, they will burn down your villages. Native Americans initiated boys through lengthy and often dangerous trials at the end of which they were welcomed into the company of men, expected to help take responsibility for the wellbeing of the tribe. We don’t have such initiations in our culture and we need them.

But most of all, our young men need examples of older men leading brave, compassionate and responsible lives. They need to see men who care deeply about the people in their lives and who build respectful relationships with women. They need to know that reflection and self-awareness are part of a good life, that taking on responsibility for the well-being of their communities is the path to a life filled with meaning and satisfaction.

I wish someone had done this for me.

To the women who scoff at the idea that straight white men—who still hold most levers of conventional power—are “needy,” I only answer, yes, we are, although many of us find it hard to say so. Just as the women’s movement was and is also of great service to men, helping/pushing men to find the models and courage to forge a new definition of manhood—and to be examples of it for our sons—will serve us all.

Feminism is about claiming power. For the men who are now afraid of losingpower, for the younger men who are coming into their own, the challenge is to forge a new way of being strong, valued members of the human community, of being manly partners rather than dominators, fully present and emotionally engaged.