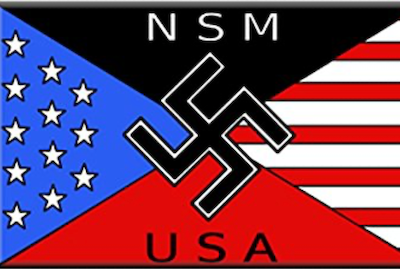 How to Fight Our Homegrown Nazis and Win

Richard Spencer is the most infamous summer resident in Whitefish, Montana, a mostly liberal, affluent resort town, nestled in Trump Country in the Rocky Mountains.

Spencer was the main instigator of the 2017 neo-Nazi riot in Charlottesville that killed Heather Heyer and injured at least 19 others and he played a major role in the attack on the Capitol last January.

But his Whitefish story—detailed in the New York Times by Elizabeth Williamson—starts just after the 2016 vote when, enjoying his growing fame among the radical right, Spencer got involved in a minor listing dispute with Tanya Gersh, a local real estate agent. Seeing another bullhorn for his antisemitic views, Spencer expanded the dispute into a fullblown online attack on Gersh, who is Jewish. That brought in Andrew Anglin, the founder of the Daily Stormer, a neo-Nazi website, who quickly spread Spencer’s attacks. Anglin exhorted his followers online to “TAKE ACTION.” They did.

According to Williamson, Gersh started receiving hundreds of text messages, emails and even Christmas cards threatening her. Her voice mail filled up several times a day. Hateful comments about her appeared on real estate websites. Homeowners were afraid to list with her.

The hate campaign expanded to include local Jewish leaders and in fact any Whitefish residents and business owners the trolls believed were Jewish. Anglin next announced a march on Whitefish, planned for Martin Luther King’s Birthday in 2017. An ad for the event depicted the gates of the Auschwitz death camp with photos of Gersh, her son, and a local rabbi and his wife superimposed.

That was the last straw for the citizens of Whitefish and they rose up and roared back.

Williamson’s story describes how volunteers distributed thousands of paper menorahs—important symbols in Judaism—to any citizens who would put them in their windows, Jewish or not. Soon there were menorahs in nearly every window in Whitefish. An anti-hate rally drew 600 participants in zero-degree weather. On the eve of the announced neo-Nazi march, Jewish leaders organized a public chicken and matzo ball soup get-together for 350 in a demonstration of unity and appreciation. Not a single Nazi dared show up to march the next day.

The Montana governor at the time, Steve Bullock, wrote editorials condemning the antisemitic campaign. In April 2017, Tanya Gersh filed suit against Anglin and won $14 million in damages. Spencer and Anglin are both facing trial next month in Charlottesville over their role in the deadly neo-Nazi march there. A group of victims and counterprotesters in Charlottesville has filed suit against them due to be heard next month

A name and shame campaign in Whitefish reportedly has been extraordinarily effective against Spencer. He once ran his racist group from his mother’s $3 million summer house there but is now an outcast, booed in public and not even able to get a table at many of its restaurants. His organization has dissolved. His wife has divorced him.

A remarkable thing about this incident in Whitefish is that it is not the first time it’s happened in Montana.

The Giraffe Heroes Project, the organization I help lead, honors people who stick their necks out for the common good. In 1993 we honored six citizens of Billings, Montana for their leadership in facing down a skinhead/Ku Klux Klan assault. It’s a story remarkably similar to what happened decades later in Whitefish.

It was Hanukkah 1992 and Tammie and Brian Schnitzer had decorated their windows with Star of David decals and a menorah. Someone threw a cinder block at the menorah, sending shards of glass into the bedroom of their five-year-old son.

It wasn't the first time white supremacists had caused trouble in Billings—a town of about 80,000, including about 50 Jewish families. Local Ku Klux Klan tabloids and flyers had attacked Jews and homosexuals. Headstones in the Jewish cemetery had been overturned. The synagogue had received a bomb threat. Swastikas and racial slurs were spray-painted on the synagogue as well as on the home of a mixed-race couple.

Tammie Schnitzer was afraid. “It was my sense of being so helpless,” she said. “It was my fear of what would come next.” But then her fear turned to outrage. “What kind of life would my children have if they had to cower before bigots?”

Some friends and neighbors of the Schnitzers urged them to just shrug and move on because it was too dangerous to do anything else. But not to Margaret Macdonald, who, with Tammie Schnitzer and others, had formed the Billings Coalition for Human Rights the previous spring. Macdonald knew the town had a history of ignoring racism. She vowed that was not going to happen this time. McDonald and Schnitzer began organizing resistance in the community to the skinheads. They formed a movement that soon included key leaders of local Christian churches.

The campaign began by suggesting that all citizens make copies of menorahs and put them up in their windows. The idea gathered support. The local paper published a full-page image of a menorah that went to thousands of homes. Local businesses distributed photocopies of menorahs. Menorahs began appearing in windows all over Billings.

At first, the white supremacists responded with typical violence. But the resistance grew: dozens of Christians came to synagogues to worship with their Jewish neighbors. Schools and churches facilitated discussions about bigotry. Thousands of homes, churches, and stores in Billings displayed menorahs—and kept them up until the end of the year.

As the police chief put it: “The haters could not target thousands of menorahs.”

The Klan backed off.

Whitefish and Billings are important success stories at a time when America is facing a huge resurgence of white supremacist violence, including an attempt to overthrow our national government. White supremacist rhetoric and violence has at least the tacit support of a large section of the Republican Party and its leadership.

To fight this, we need to learn the important lessons from Whitefish, Billings and other places that have learned to stand up against the white supremacist threat. We need to prepare ourselves and our communities to counter the inevitable next rounds of this toxic scourge because it isn’t going away anytime soon.

The first big principle is to take these threats seriously.

The second big principle is that there is more risk in silence and apathy than there is in action. Silence is acceptance. The hate groups are testing us. Doing nothing invites more trouble. As a fourth-grader in Whitefish told the New York Times reporter: “You just have to show people that you care. If you don’t stand up to bullies, they’ll just keep pushing you around.”

Solidarity is key. No one can counter threats this dangerous alone.

Actions need to be creative, swift and decisive, seizing the momentum from the thugs.

Legal accountability matters and it works. Demanding police action against white supremacists is key, but just as important may be using civil suits to impoverish extremist individuals and groups.

A core strength is believing in and holding fast to our values. As another Whitefish student said, “We did something right here, and we will do it again if we have to. If we don’t, there are people who would break every window in Whitefish, and we would look in those windows and see ourselves.”

In these times, the ability of white supremacist groups to engage in disinformation and intimidation is greatly enhanced by the skill and breadth of their presence online. So an important tool in countering domestic cyber terrorism is being quicker, cleverer and more aggressive at online messaging than our opponents, using websites, social media, e-mail and anything else that works. We also need to keep relentlessly pressuring social media giants to tighten restrictions on hate speech on their platforms.

This is still the United States of America, and the principles on which it was founded are worth defending.

Do your part. Stay awake and alert. Don’t let white supremacist individuals or groups take root in your community. Billings and Whitefish show us that tough citizens, committed to fighting prejudice, are more than a match for these home-grown Nazis.