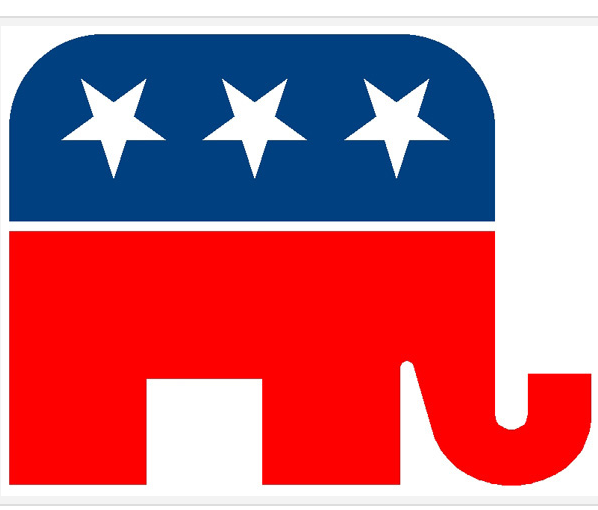 In Memoriam: The Grand Old Party

It was inevitable that rightwing loonies would cry “fraud” in the California election that kept Governor Gavin Newsom in office. Never mind that Newsom won by two and a half million votes, or roughly 2/3 of those cast. Even before the polls opened on election day, Newsom’s opponent, Trump wanna-be Larry Elder, contended, without a shred of proof, that there were already “millions” of fraudulent mail-in ballots. And former President Donald Trump, never bypassing an opportunity to sabotage democracy, also screamed foul, asking before the vote: "Does anybody really believe the California Recall Election isn't rigged?"

How could Trump resist? The California recall election was a great opportunity for the Liar in Chief to keep the pot bubbling under his false, mindless, cynical claims that he won the 2020 vote, a relentless campaign that’s so twisted too many American minds that 70% of Republicans still say that Biden did not win. Never mind that there are overwhelming, incontrovertible, relentlessly triple-checked investigations that show that he did.

You have to give Trump and his acolytes credit. In the most powerful and one of the best educated countries on earth, he’s managed to create an alternative universe in which, for many people, truth and facts are no better than any individual’s opinion, no matter how completely uninformed that opinion might be.

How is this happening?

Why has Trump’s defeat done so little to return the country to its senses, to restore truth and expertise as viable concepts, and to dispel the existential danger that Trump still represents to the Constitution’s mandate for free, fair—and binding—elections? Trumpism has captured one of the country’s two major political parties and turned most of that Party’s leaders into abject, unethical toadies. It has collected a massive war chest to fuel an inevitable attempt by Trump to regain the presidency in 2024, as well as to influence dozens of down-ballot races.

Despite being kicked off major social media platforms, Trump still commands a huge following and his inflammatory rhetoric keeps promoting the Big Lie of his imaginary win in 2020.

He’s also fueling the potential of more political violence. Relentless investigations now show that January 6 was a much closer call than most people think. And most of the traitorous thugs behind that attempt are still out there, ready to do the Master’s bidding whenever he should make the call.

How is this happening?

Look first at the politics. Today’s Republican Party may be led by abject and unethical toadies but that doesn’t mean that they’re stupid or crazy enough to believe the imbecilic lies on which the cult of Trump depends. Most of them understand Trump lost the election and that his lies and conspiracy theories are nonsense. But they’re also smart enough to do the math.

Demographics clearly show that if Republicans depend on their ageing white male electoral base they’re going to lose a lot of elections, especially at the national and statewide level. So they’re left with two possible choices. They can try to broaden their electoral base. And they can use their power in state legislatures to depress the votes for their Democratic opponents.

Choice One: Polls consistently show that Americans as a whole favor policies promoted by the Democratic Party on issues voters care about, including gun control, immigration, inequality, child poverty, education, infrastructure, and, yes, even abortion. Republicans have traditionally offered conservative alternatives to Democratic positions on all these issues and have fought hard and often successfully to promote them. To broaden their base within a national electorate, Republicans could now revive that strategy, fighting for what they want within the boundaries set by the Constitution.

But they aren’t going there. That’s the land of RINOs—Republicans In Name Only—to today’s Republican Party and it’s base of fervent, die-hard Trump voters. Be moderate, negotiate compromises with the opposition, and you will be challenged in a primary by a Trumpista, who will take your seat.

To keep the base commanded by Donald Trump, the Rs have to provide red meat, not moderation and certainly not the kind of compromises that successful legislation demands. Hence the lies, conspiracy theories, pep rallies full of shouted nonsense, and the January 6 attack on the Capitol. Never mind responsible legislative work to lead the nation forward. Let’s lie and shout and threaten.

Choice Two is simply to cheat—using tools like gerrymandering and voter suppression to make it as difficult as possible for Democratic-leaning voters to vote. If you can’t get votes from the majority, just make sure the majority can’t vote. To counter actions in red states to suppress the Democratic vote, Democrats must pass as strong a version of a new voting rights act as they can get through their own caucus. Since no voting rights legislation can get 60 votes in the Senate, this passage will probably be where the inevitable weakening of the filibuster must begin.

But let’s not get lost in the swamp. Having a responsible conservative party is a good thing for a democracy. It worked in the years when the United States prospered and was a strong presence in the world, years of civil disputes and collaborations between the parties, for the good of the nation.

I’ve been a Democrat all my voting life, but I miss the Grand Old Party.

A toast, my friends, to RINOs and the good things that came from the respectful battles that two great political parties waged over many a decade. Taken all together, I think the results produced some pretty good policy choices for the nation. Sure, I was mad at the Republican opposition most of the time—but now all that responsible political battling looks like the Good Old Days.