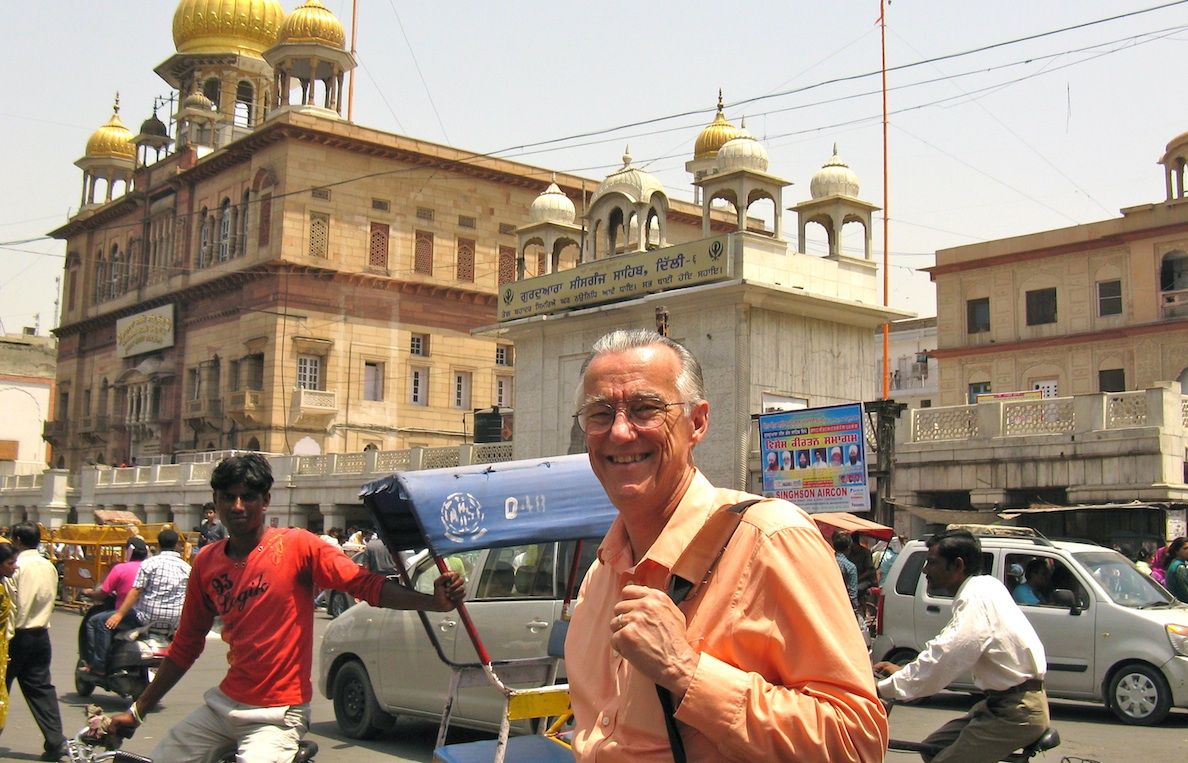 India on an Edge

Get off the plane in New Delhi’s modern, efficient airport and you don’t feel like you’ve landed in the “developing” world. Take the fast, sleek metro into town through miles of new office buildings sporting the names of the world’s biggest multinationals and you’re positive this isn’t a third-world country.

It’s not the New Delhi I remember from my last trip here 25 years ago. I’m told that you can see the same kinds of eye-popping changes in Mumbai and others of India’s major cities, especially those riding the high-tech boom.

India, of course, is not just the modern sections of its cities. In the older parts of urban areas and in the countryside, there’s still a depressing amount of hunger, poor sanitation, disease, illiteracy and the subjugation of women. Its nuclear weapons and “rising power” status notwithstanding, India’s biggest challenge is still to provide a better life for all its 1.3 billion people.From my recent trip, I’d say whether or not India meets this challenge is an open question.In 2012, India seems on an edge.

One the one hand, the country seems full of creative entrepreneurs, people like Vishnu Dusad, founder and CEO of Nucleus Software, who represents a whole class of Indian innovators who’ve already changed the face of the country’s economy.

The most interesting of these entrepreneurs, however, are socially-conscious people using their skills and commitment to solve India’s immense problems of development. They’re people like Bindeshwar Pathak, who invented a simple toilet/septic system suitable and affordable for rural villages and who has so far installed over a million of them, saving thousands of lives from preventable diseases; Varun Arya, who figured out a way to use centuries-old technologies to turn dry salty land into arable soil; and Bunker Roy, a Brahmin whose Barefoot College trains poor, low-caste women to design and install solar energy systems in their own villages and now beyond.

And yet, and yet---there are weighty anchors holding India back, visible even in a short twelve-day trip. The most serious is an endemic corruption that seems to permeate every aspect of Indian life. The front pages of New Delhi’s tabloids scream daily about government officials taking bribes, issuing sweetheart contracts or favoring family members or political cronies. And even the poorest citizens face demands for bribes to obtain routine licenses and services.

All the inefficiencies of corruption are made worse by a culture of bureaucratic excess. One required permit is never as good as two – or five. Why ask people to fill out a one-page form when you can stretch it to six (apply for an Indian visa and you’ll see what I mean).

In meeting after meeting, Indian leaders from government, business, media and the nonprofit world told me how corruption and excess bureaucracy were holding back economic progress and undermining public optimism and trust. The curious thing was that, while many of these leaders described their personal commitments to be honest and effective, few of them expressed much optimism that the country as a whole could operate as they do. They seemed to believe that corruption and a bloated bureaucracy are buried too deep in the Indian psyche to ever be excised.

This pessimism—even in bright well-educated Indians—from what I saw, tends to sap the energy, damp the passions and dim the visions of anyone who might work for change.

I had come to India to help pull in the other direction.

I was there to help launch Giraffe Heroes India, an affiliate of the Giraffe Heroes Project, a US nonprofit that for thirty years has been moving people to stick their necks out for common good, and giving them tools to succeed.

The strategy is simple: Giraffe Heroes India will find India's heroes, people operating with courage and compassion to help solve significant public problems such as poverty, corruption and crimes against women. It will use television, radio, print and social media to get the stories of these Giraffe Heroes told across a nation of 1.3 billion people, inspiring others to be heroic too. By putting these kinds of role models in front of everybody, high and low, Giraffe Heroes India will help the nation build both the confidence and skills to move forward. Books, blogs, workshops and curricula for schools will supplement the story-telling, but all of it will flow from the motivational power of India’s own heroes.