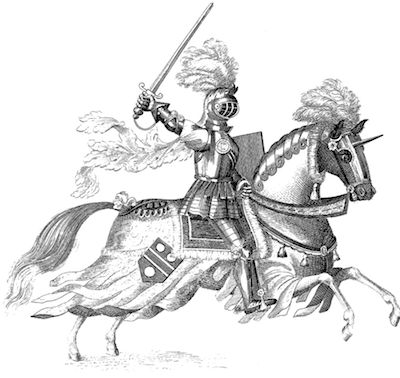 I like Jeff Flake a lot. He’s the Republican senator from Arizona who just published Conscience of a Conservative, a slashing, no-holds-barred critique, not just of Donald Trump and his administration, but also of the Republican Party for selling out its principles to support Trump.

I like Jeff Flake because of something that happened 11 years ago. George Bush had just put me on his No Fly List, possibly for talking to Hamas leaders in my efforts to contribute to peace in the Middle East, or perhaps for my work with the Giraffe Heroes Project, urging citizens to "stick their necks out," including against unjust authority. The Government’s letter said I was “a threat to civil aviation and national security” but gave no proof, no source for the charges and no means for me to confront my accusers. A later letter said that my inclusion on the List was permanent.

I was outraged and fought back, starting with a blog post: I became a poster child for the ACLU on this issue (which affected hundreds of other totally innocent people besides myself), and a regular interviewee on NPR, blasting the unconstitutional and ineffective No Fly List.

I spent three days walking the halls on Capitol Hill, meeting with lawmakers and their staffs, urging them to generate a bill that would curtail this unconstitutional assault on civil liberties put in place by a panicked Congress immediately after 9/11.

I got polite hearings and what turned out to be a whole lot of empty promises from the Democrats I thought would be my natural allies.

But then a little-known Libertarian congressman from Arizona named Jeff Flake somehow got word of my plight, immediately recognized the much broader constitutional issues involved, and threw himself into my fight with an energy and courage no Democrat had shown.

I’ve never forgotten what Jeff Flake did, standing up to his own Republican president and his panicked peers. His actions eventually became an important part of discrediting and weakening the unconstitutional post-9/11 assaults on American civil liberties.

Jeff Flake is strung way too far to the right for me ever to vote for him for president. But part of me would be tempted—solely because he's a brave, principled human being in a world where those values today are in such short supply.

I don’t share John McCain’s politics either and I think he’s done and said some pretty despicable things. But his speech to the Senate last week on bipartisanship was one for the ages and will inspire others to at least consider principled actions in the tough debates ahead. I’m on the other side of the abortion issue from family members but we continue to love and respect each other, and to praise each other when we do good stuff.

We all need to separate out the full measure of a human being from his or her stance on an issue—and to stop demanding perfect agreement every time. It makes no sense to reject people, including politicians, for not being you.

Will the 535 people in Congress read Flake’s book and remember what McCain said? With the initial battle over health care won, will Senate Democratic Leader Schumer’s promise to work with Republicans for the common good on the issues ahead prove to be a solid negotiating position—or a fragile sound bite?

I’m disappointed that so many liberal media types immediately attacked Flake’s book as a dishonest ploy. If it is, then that’ll soon be evident. In the meantime, what do we lose by giving the guy credit for writing a book that criticizes the worst moves of his party, a book that could cost him his re-election?

My experience from many political battles over half a century teaches me that it’s possible to be smart, hardnosed, and tough without losing sight of the higher purposes to which each one of us is called, no matter how deeply that call may seem overwhelmed by the stupid cruelties of human nature at its worst.

Jeff Flake, do you hear me clapping? And hoping?