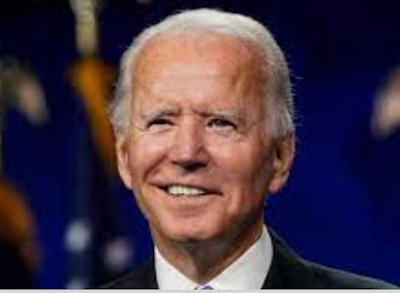 In the contest between Biden and Trump, I very much wanted Joe Biden to win and I’m very happy with the strong, quick moves he’s made to advance an agenda that makes this country the nation it can be.

Senate Republicans have shown us again and again that political courage is rare. It’s just that, with Joe Biden, I expected it to last more than six weeks.

In my opinion Biden made a serious stumble last week and it could cause long-term problems for American interests in the Middle East as well as call into question Biden’s key personal and campaign strength—his integrity.

You may remember that in 2018 thugs employed by the Saudi government brutally murdered Jamal Khashoggi, a widely respected journalist who’d been increasingly critical of the Saudi regime under the de facto leadership of Crown Prince Mohammed Bin Salman, known as MBS.

Following an exhaustive investigation, the United States government last week publicly identified MBS as the person who ordered the murder. This came as no surprise, given MBS’ reputation as an ambitious, reckless, violent despot who’s been scheming his way to the throne for years. Along the way, he’s broken everything he’s touched, including the nation of Yemen, where he started a war that’s devastated that country and empowered Al Qaeda there.

But instead of imposing sanctions on MBS, President Biden appears ready to let the murderer walk, free of US penalties—for reasons of political expediency.

It’s not just because of Saudi oil, which we really don’t need any more, but because of a hopeful—I would say naive—view that Saudi Arabia can be a consistent and reliable partner in the Middle East, a force for stability and an ally against our common enemy, Iran.

But any fanciful benefits are outweighed by the downside of Biden’s decision.

The message of Biden’s non-action to other dictators and wanna-bes around the world is the same message America has been sending for decades: that we are happy to hold our noses and support the regimes of brutal dictators in return for their support for whatever our political and economic aims happened to be in that part of the world at that moment. We did this in Iran, Vietnam, the Philippines, Central America, South Africa—the list goes on.

Now it appears nothing’s changed. Another American president is willing to sell out his country’s and his own values in return for cheap and uncertain benefits. The lesson is never learned that these tawdry trade-offs almost always come back to bite us in the ass.

Saudi Arabia’s MBS will turn on us whenever he deems it to his advantage to do so. His ambition and cruelty are certain to energize progressive forces in his Kingdom, leading to crackdowns and worse. A country where women were permitted to drive only a few years ago and cannot travel without their husband’s permission is a revolution waiting to happen—with the US, once again, on the wrong side.

And abroad, MBS’ recklessness will start more conflicts than end them. Finally, the man is only 35 years old, so he could be a destabilizing force in the region for decades to come.

Joe Biden is a very experienced man and surely he knows all this. So why did he publicly absolve MBS of the Khashoggi murder, knowing that his decision will only encourage other dictators, strengthen MBS’ own despotic ambitions and lead to more of his crimes both within the Kingdom and elsewhere?

Oil? We don’t need it. A strategic partnership? A very uncertain thing; Saudi Arabia, one of the most repressive countries on the planet, is a bomb waiting to explode.

What the circumstances called out for Biden to do is to impose tough financial sanctions on MBS and all his cronies in the front companies that MBS uses to accumulate personal wealth and stash it around the world. That would hit MBS where it hurts.

US moves against MBS could also cause the current King to seriously consider replacing MBS as heir apparent in favor of a less reckless and hopefully more enlightened choice.

But Biden seems to have choked. I don’t look forward to reading his memoir 10 years from now describing this as one of the worst mistakes of his presidency.

He won the presidency by convincing the majority of voters he was a man of integrity whose actions would be rooted in values of honesty and compassion and guided by experience and common sense. Now he’s done something for a very dubious benefit that challenges all that. The fact that it happened halfway around the world is irrelevant. The hard truth is that it was a collapse of Biden’s values, the ones that got him elected.

In the next four years he’ll face many more tough choices like this one. My concern is that his decision on the Khashoggi murder may not just be a one-time mistake, but one that he’ll repeat the next times he has to weigh his values against expediency.

What standard? His highest standard, based on the values that he’s told us define his life.

Look, I’ve faced risky situations and difficult decisions for most of my adult life.. The temptation to trade my core values for some shiny expedient goal, or some short term gain, or even just for the approval of others—can be enormous. It’s so much easier to bend under pressure, to take the easy road.

Sometimes I haven’t measured up. But when I succeed—when I don’t abandon or bend my principles—it’s taken courage. And what gives me courage is knowing that my values are worth fighting for. They are who I am. I can’t abandon them or I’m a fraud. I’m nothing.

So what about it, Joe? The person you’ve shown us, that principled Good Guy, that man of compassion and integrity, is that who Joe Biden is?

Would that Joe Biden look away from the brutal killing of a journalist, helping his assassin continue on his path of cruelty and destruction for decades to come?

Biden seems to be accessible. We need to call on him to be true to the values that he convinced us last November were real.

I’ve told him what I think.