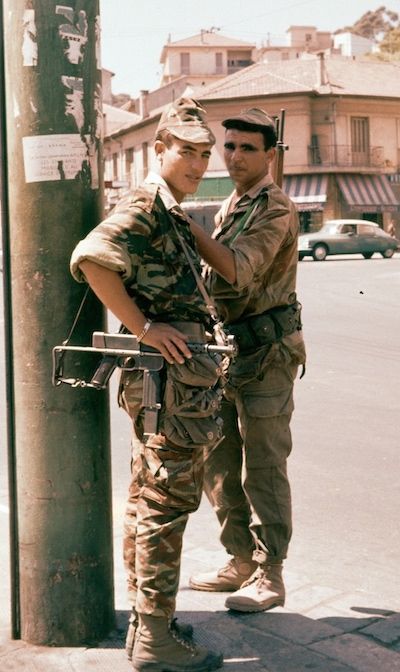 Donald Trump is still delaying and disrupting certification of an election he lost by six million votes. He’s ordered his administration not to cooperate with the president-elect’s team, so they can’t provide the resources normally given an incoming President, from office space to intelligence briefings.

This makes the transition all that much more difficult, endangers national security and cripples planning for pandemic solutions.

It’s not the first time a poor loser has endangered American national interests. I witnessed one of those times...

In the summer of 1968, the State Department transferred me, a young Foreign Service Officer, to the American Embassy in Libya, a country on the north coast of Africa, which was then a feudal kingdom. Run by a corrupt elite, it was awash in new oil wealth, very little of which trickled down to ordinary people, thwarting their rising expectations of a better life.

The country was a political time bomb whose fuse had already been lit. In the vast and empty desert just south of the Mediter­ranean beaches, a group of young Army officers had begun plotting the coup that would change their country, and the Middle East, forever.

America was blind to the threat; our prediction was that the old King eventually would be eased out by a junta of U.S. and British-trained Army officers. The country would keep its pro-American tilt, and the kickback money from oil would simply flow into a new set of Libyan pockets.

But during the night of September 1, 1969, those young officers in the desert, led by a lieutenant named Muammar Qaddafi, took control of Libya. Their coup was so cleverly planned and executed, and so welcomed by the people of Libya, that by morning Qaddafi controlled the country and the old king was sent into exile in Egypt.

Who was this lieutenant? The US had never heard of Lieutenant Qaddafi.

The Ambassador gave me 48 hours to find out, and I called on every source I had to write the first profile of the new Libyan leader. We cabled Washington that Qaddafi was not a Communist dupe; he seemed to have as little love for theSoviets as he had for us. Qaddafi was a hyper-religious man, we told Washington, a Muslim zealot. In those pre-ISIS days,that information was treated as good news.

My official job was liaison officer between the Embassy and Wheelus Air Base, a huge U.S. Air Force and NATO training base east of the city, so I had a front row seat when Qaddafi demanded that the base be turned over to his new government.

It couldn’t be defended. Built under the friendly, corrupt king, its only defense was a chain link fence that kept camels off the runways. We could have flown in troops to hold it, but that would have started a war, and cut off the supply of Libyan oil to the world.

Grudgingly, the White House agreed to the Libyan demand and ordered the negotiations to begin for the transfer of the runways, barracks, hangars, and hospital.

The talks promised to be tough. The young Libyan revolutionaries at the table re­sented America’s support for Israel, and for a corrupt feudal regime in their country that cared very little for the needs of ordinary people like their families.

The American Air Force officers were outraged that a bunch of twen­ty-something hotheads were “stealing” our air base and blaming us for every real or imagined wrong in their world.

Still, while it was clear that Qaddafi would never be an ally, it was also obvious that if the talks over transition at Wheelus bogged down or blew up, it could fatally damage the chance to salvage even a minimal set of tradeoffs between the United States and the new Libya.

The stakes were high for the U.S.—it was vital to keep the lucrative contracts of American companies that were pumping oil out of the desert, and we wanted Libya to stay at least neutral in the Cold War, rather than aligning with the Soviet Union.

On the Libyan side, it was important to keep the U.S. supplying parts and training for the Libyan Air Force, and the irrigation technology that was beginning to make their desert bloom.

We expected the transition to new ownership to move quickly. The Libyans wanted to raise their flag over this prized turf as soon as possible, a symbol of their triumph, giving them bragging rights in the Middle East. And we thought we could strike deals because the Libyan negotiators were mostly young Air Force officers who’d been training and working with Americans for years.

From the first session on, our Air Force negotiators made a difficult situation worse.

They praised one another for pettiness that should have been greeted with embarrassed silence. I remember one afternoon when they refused to leave behind the bedpans in the base hospital. And, away from the table, whenever American personnel were forced to leave some equipment behind, they did their best to break it first, right down to the light sockets. The Libyans weren’t pleased.

Negotiations that should have taken a couple of months took nine. Finally, on a hot cloudless day in July 1970, the Stars and Stripes was run down the pole at the main gate for the last time, and I watched the last planeload of our Air Force personnel disappear into the summer sky. My job at that moment was to call the Embassy and tell them the exact time when our Wheelus became their Iqba ben Naafi Air Base, renamed after one of the Prophet’s most blood-thirsty lieutenants.

Near the flight line I reached for a telephone that I’d been using for almost two years. This time I felt a gun in my back and heard an angry voice shouting “No America phone!” I turned around slowly with my hands in the air and saw a Libyan soldier, his face twisted with anger, his carbine pointed at my chest. “Libya phone!” he snarled. I wasn’t about to argue. I backed away, got in my car, and drove off the Base for the last time.

The rancor of the Wheelus transition was an important reason why relations between the United States and Qaddafi’sLibya started off as badly as they did and continued to worsen. I’m convinced that a responsible effort to build abridge to the young revolutionaries when we’d had the chance at Wheelus might have at least tempered events thatfollowed.

Instead, the consequences of our poor losing were immediate, serious and on-going.

The U.S. shut off the flow of spare parts to the Libyan Air Force.

So t he Libyans scrapped our planes and carried on with Russian MIGs and advisors.

Qaddafi, became a major sponsor of global terrorism. In 1986 the US launched a bombing raid against Tripoli, killing one of Qaddafi’s children. He retaliated by blowing up Pan Am 103 over Scotland.

When the US had a chance to help get rid of Qaddafi in 2011, we were happy to do so. But in decapitating a country ruled by one strongman, we created a lawless, failed state where it was easy for a mob to attack the American consulate in Benghazi in 2012, killing the American ambassador and fueling a political war in the United States against Hillary Clinton, then Secretary of State.

There’s a chain of events that started with bedpans and broken light sockets at Wheelus Air Base that led to “Lock Her Up” chants 46 years later.

The moral of this story is that there's a price to be paid for being a poor loser. The bigger the stakes the bigger the price and the more people that have to pay it. When such things begin, the players can’t see how big those bills will be and how hard it will be to pay them.

Donald Trump may be the most dangerous poor loser ever. What he’s doing now in this time when there must be a transfer of power to an incoming, winning team, is a deliberate attempt to ratchet up anger, hate and fear, fully knowing that the consequences will be dire and long-lasting.

The Democrats aren't saints. They’ll find a way to hit back and on it will go, every bit of it another blow to a once proud and functioning democracy, a place where reasonable people could agree to disagree, held together by the cultural and constitutional glue that’s kept the country working for a more perfect union for 230 years.

Knitting this nation back together gets harder every day of this botched transition. That is, of course, the aim of the unprincipled fascist still in the White House.

But what about the Republican leadership, especially in the Senate? Aren’t any of them brave and ethical enough to stand with the Constitution and tell Trump that the American people have spoken, and the message is, “You’re fired”?