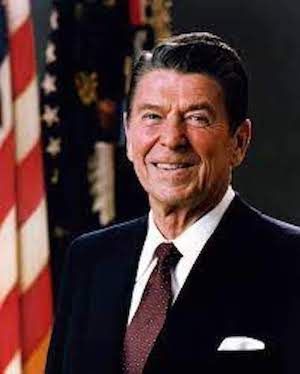 In his address to Congress last Wednesday, President Biden sketched out an agenda packed with “once in a generation” government investments that would touch nearly every corner of American life. It was a passionate and comprehensive defense of government as a force for good. It was Ronald Reagan—in reverse.

40 years ago President Reagan told the country that government was the problem—that it “is too big, and it spends too much.” His words came to define politics for generations, including Bill Clinton’s famous statement that “the era of big government is over.” Indeed, most of the Democratic party went on to operate in Reagan’s shadow for decades. Convinced that an outright embrace of big government would be political suicide, Democrats fretted about deficits and government spending, and generally favored timid, piecemeal initiatives that Republicans could—maybe—accept.

But when lack of government regulation brought the nation into the Great Recession, it was a big government move—a huge government intervention—that kept us from dropping into an all-out Depression. People noticed.

That “Come to Jesus” moment dealt a severe blow to the Reagan policy of small government, but didn’t finish it off. Barack Obama did little more than tiptoe toward the scale of action that was needed.

In negotiating his signature accomplishment, the Affordable Care Act, he didn’t dare to even suggest a government-run health care system as an opening position. The ACA did pass but it is more a palliative than a cure of one of the most unworkable healthcare systems on the planet.

It took the enormous crisis of Covid-19 to finally get the majority of Americans to see that only rapid, effective, massive, government action could deal with a huge national crisis. When Trump couldn’t see that, he struck out.

Judging from countless polls, the Biden administration’s ability to cope with the pandemic and its economic consequences has, in only a few short months—renewed the faith of a majority of Americans that government can play a decisive, positive role in making their lives better.

So here we are. It’s May and the Biden Administration is clearly on a roll. That address Biden gave to Congress Wednesday night was a broad, passionate endorsement of thoughtful, visionary, effective and compassionate government as a tool for good, a complete repudiation of Reagan’s anti-government stand. And Biden’s bottom up strategy for change, focused on families and working people, is the direct opposite of Reagan’s naïve belief that benefits showered on the rich will somehow trickle down to the poor.

In his speech, Biden argued forcefully that government can take actions that tangibly improve our daily lives, improving roads, subsidizing education, spreading broadband connections, mandating paid time off to care for a sick family member, and much more. He outlined a big, bold American Jobs Plan and an American Families Plan. He spoke about the need to pass laws on universal background checks for firearms, and immigration reform, and about the George Floyd Justice in Policing Act.

The subtext to everything Biden said was his vision that government can and should provide hope as well as dollars. He’s rallying a deeply polarized country to refocus on national, all-hands-on-deck responses to tough public problems that affect us all, including the climate crisis, racial injustice, substandard systems for public health and education and crumbling infrastructure. He’s giving real hope for better times to the country, much as FDR did in the depths of the Depression.

Listening to Biden speak, the cynical side of me said “you gotta be kidding.” With this Congress, in thispolarized climate, it’s not gonna happen!

Then I quickly corrected myself. How many times did I have to be reminded that fortune favors the bold?

How often does history show that taking risks is the key to success? My personal history confirms the wisdom of aiming high.

When I was in the fifth grade in Tacoma, Washington, for example, I read that Harvard was a great college. I determined to go to there, an unrealistic and unattainable goal. I went. On full scholarship.

Six of us in the mountaineering club there decided to climb the north wall of Denali and were told it was suicidal because of the avalanches that swept down it every day. Never been done. Never would be done.

We did it. And lived to tell the tale. I’m still grinning at how outrageous it was.

I signed on with a wildly improbable nonprofit that was setting out to honor real heroes and get more people into active citizenship. Well, that’s crazy. It’ll never work. Almost 40 years on, we’ve honored hundreds of heroes, and I’m managing outposts all over the world, helping people honor the heroes in their own nations, inspiring others to stick their necks out too.

So yeah, I thought, listening to Biden, go for it. Swing for the fences. Focus on people, not profits and the people will support you.

Keep up the momentum and don’t give your opponents time to regroup.

A lot of Americans, a majority, are tired of the destruction of the Trump years and we appreciate what Biden is aiming to build. There’s a general feeling that the Covid-19 crisis is coming to an end because of Biden’s Big Government moves. The economy is beginning to recover and Americans can again hope for positive forward movement in our personal lives.

All these chips are falling Biden’s way. Fortune favors the bold.

My life experience is that taking risks not only opens the door to success; it attracts success in ways I totally believe in but will never fully understand. I think that’s what’s happening to Biden now and that his boldness is the catalyst.

For the moment, polls show that Americans are hoping Biden will succeed.

But in this fast-moving, polarized climate and with so many determined enemies, Biden has got to demonstrate every day that what he’s doing is working and he’s got to pitch his agenda to working Americans. He clearly understands this and that’s why the words “jobs” and “family” show up in every third sentence he utters, whether he’s talking about building airports or paid medical leave.

As to the crucial 2022 mid-term elections—If Biden keeps his focus on improving the lives of children and families, if he can deliver on the promises he’s making, popular support for his leadership will grow, including from some Republicans who voted for Trump out of a desperate need for Change.

Of course Republicans in the House and Senate will try to block Biden at every turn, but they are all political animals and those who face reelection know that they’ll have to explain why they opposed the benefits in the Biden initiatives that are about making their own voters’ lives better.

So yes, I’m optimistic that a successful first two years of a Biden presidency will be enough to overcome whatever advantages Republicans might gain from gerrymandering and voter suppression.

I’m hopeful now, not just because I think Joe Biden is the right man with the right ideas at the right time to guide America through a crucial transformation.

I’m optimistic because I can see that Joe Biden understands the risks he has to take and he’s showing us he has the courage to take them.