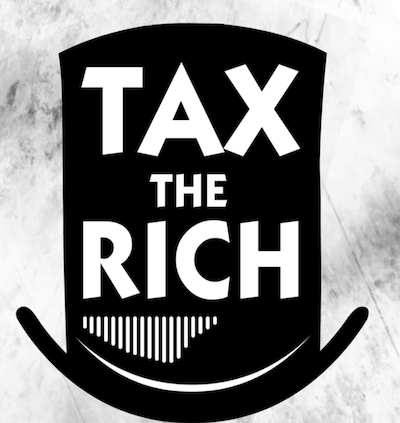 In the summer of 1964, on a year-long global journey by bus and hitchhiking, I found myself in the middle of one of the worst famines in history. I was on the Ethiopian plateau, 10,000 feet above sea level, and it would be the most godforsaken place I would ever see. Hidden from the world in this barely accessible place,peasants wrapped in rags or even old newspapers huddled in the bone-numbing rain and cold. At everystop, crowds of them surrounded the bus to beg. Many of them were lepers or blind. Many were children withdistended bellies and death stares.

Decades later I can still see the vacant eyes of those starving people and still remember the anger and confusion I felt that nobody seemed to give a damn about these tens of thousands of people dying. 300 miles south, the corrupt dictator who ruled the country and his cronies lived in luxury. And wealthy countries in Europe, and the United States, seemed not to even notice. I wrote articles for the Boston Globe about what I saw but none of them did any good. Those people died and I felt complicit because I could do nothing to stop it.

But the experience changed me even if it didn’t save lives. Of course I knew that there would always be rich and poor. But since that experience in Ethiopia I’ve never been able to accept the continuing indifference of the rich to the sheer level of misery caused by poverty, disease and violence—scourges that wealthy people and governments could greatly ease but don’t.

Yes, my politics are left of center but I’m no Johnny the Red. I’m a common-sense former Foreign Service Officer who sees the hoarding of wealth by a tiny percentage of the world’s citizens as not just unethical but stupid. Stupid because unmet basic needs in poor countries create problems that quickly jump across borders and classes. Poverty and political violence, for example, create the migration floods washing across Europe and the United States. The failure of rich nations to offer more than eyedroppers of vaccines to poor countries will delay an end to the pandemic for years, killing millions more in that time.

But let’s narrow the focus to the United States, where the problems created by inequality are worse now than they’ve been for a hundred years. Some of us are old enough to remember the middle of the last century, a time made comfortable by the rise of a robust middle class where every family could aspire to own their own home and to see their kids do better than they did. It was fine if your boss made 10 or even 20 times more than you did. But that differential has now climbed somewhere north of 350 while family income and wealth for the top few percent have shot up in this century while incomes and wealth have grown little if at all for everybody else.

Income and wealth in the US today largely determine where people live and how they live, making it far more difficult for the poor to access good schools, decent housing, affordable childcare, safe community assets like playgrounds and libraries, and much more.

COVID-19 has made it clearer than ever that healthcare for the rich and for everybody else are not the same.

The lack of universal pre-K, the huge gap in tax-based resources between wealthy school districts and poor, inequalities of Internet access and the impossible burden of student debt now mean that a poor kid’s chances of studying her way up and out of poverty and into the middle class have dropped through the floor.

I’m sure you read the same stats I do.

It doesn’t take a political genius to see that the anger and resentment created by income and wealth imbalances in the United States are a major driver of the rise in populist threats to our democracy fueled by fascist demagogues like Donald Trump. Yes, Trump’s shameless race-baiting helped elect him in 2016, but his victory would not have happened were it not built on a base of discontent far larger than maybe even he imagined.

That discontent came from racial animosities, sure, but, in my opinion, primarily from decades of economic stagnation and neglect. If America still had a large and optimistic middle class, as it did 60 years ago, Donald Trump’s snake oil would never have worked. Trump plowed a soil grown rich with anger and resentment.

The Census Bureau estimates that it would take about $220 billion—one percent of the nation’s GDP—to end poverty in America, meaning lifting every American up to the official poverty line. $220 billion is pretty close to what one American, Jeff Bezos, is worth.

President Biden’s social infrastructure bill has a going-in price tag of $3.5 trillion. According to the most recent Forbes’ list, America’s 400 richest are worth $3.2 trillion.

No, I’m not suggesting we impoverish our billionaires. But these equivalencies boggle my mind.

How do we create a balanced economy that provides a decent living for everybody?

One obvious option is to restore inheritance taxes. When my mother died in 1994, inheritance taxes kicked in on any estate of more than $600,000. She wasn’t in that league, but if she was, that starting point would have seemed about right. Now there is basically no limit that can’t be evaded by clever accounting.

On their own or with a shove from government, corporations need to broaden their goals beyond maximizing shareholder value to include paying living wages and providing childcare and parental leave. And, beyond funding hospital wings and sponsoring Little League teams, companies need to be proactive, caring citizens of the communities in which they operate, joining for example, local efforts to deal with affordable housing, homelessness and public transportation.

Existing tax loopholes that favor the rich are a disgrace. Billionaire Warren Buffett famously said in 2013 that he paid a lower tax rate on his income than his secretary paid on hers.

We should consider a national tax on wealth. Basing taxes on income isn’t enough because by far the largest share of the wealth of very rich people comes from investments, not from income. Why shouldn’t a person who owns three homes pay a wealth tax on the third? Why should any American be allowed unfettered use of a fortune of $100 billion when a tenth of that sum would literally eliminate homelessness in the United States for a year?

How much of a burden would a wealth tax be? Senator Elizabeth Warren’s plan suggests that a family with a net worth of more than $50 million—roughly the wealthiest 75,000 households—would pay a 2 cents tax on every dollar of their net worth above $50 million and a 6 cents tax for every dollar above $1 billion. Why, that’s not even enough to fund a joy ride into space!

Finally, Ezra Klein, in the New York Times June 13, raised the sticky point that all of us, not just the rich, are complicit in the continuing existence of poverty. “The American economy,” he points out, “runs on poverty, or at least the constant threat of it. Americans like their goods cheap and their services plentiful and the two of them, together, require a sprawling labor force willing to work tough jobs at crummy wages.”

Would you be willing to pay more for a hamburger or a lawnmower if it would help ease what has become a threat to everyone’s stability and safety ? Because if our economy continues to grow more and more out of balance, we’re inviting the destruction of our democracy. Rage will rule more than it already does. The January 6 assault on the Capitol demonstrated that we are becoming scarcely better than a Banana Republic. As tensions continue to rise, we could come apart like one.

See income and wealth inequality for the threat it is.

Support those determined to do something about it. Ask any candidates who want your vote what their position is on taxing corporations and wealthy individuals.

Vote. Raise your own voice before your zoning board, city council, candidates’ nights and every other forum you can find. If you’re an investor, attend and speak up at shareholder meetings.

There’s more than enough at stake here—for rich as well as poor—to justify raising a little hell. Or a lot.