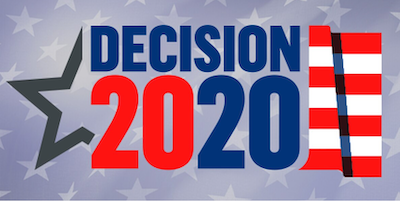 The Election: Watch the Vote

I don’t know about you, but I can’t wait until this election is over. No more email or robo-call pleas for campaign contributions. No more ads and Facebook posts that remind me how divisive and polarized this nation has become, especially over the last four years.

But it’s all going to be over Tuesday night. Or is it?

More than 60% of the electorate has already voted and most of those votes have yet to be counted. In some states, notably the important tipping state of Pennsylvania, by law no votes can be counted until Election Day, so State officials have warned that it may be 3-4 days before that state can announce results. There are similar situations in Michigan and Wisconsin. And one or two of those results could determine the national outcome.

But there’s more afoot than simply having to wait.

It’s estimated from past elections that ¾ of those who vote early vote Democratic and the majority of those who vote on Election Day vote Republican. So it’s quite likely that Trump could lead in a State like Pennsylvania when you go to bed on Tuesday night and it may take days for a so-called “blue shift” to turn the balance toward Biden as all the mail-in ballots are finally counted.

Meanwhile the Trump campaign will do everything in its power to have those late-counted votes disqualified, including launching lawsuits and instigating riots. Sort of Bush v. Gore on steroids.

Yes, the Supreme Court has already ruled that all ballots received before the end of the day on November 3 in Pennsylvania must be counted even if that takes days. But it’s a new court now and it’s possible, although not likely, they could reverse that ruling in a blatant display of political partisanship.

The most extreme alarm being floated by Democrats is to remind us that the Constitution gives each state the power to appoint its own electors to the Electoral College that, as you know, determines the winner of a presidential election.

Some Trump advisers are stretching that provision to say that the Constitution also gives each state governor the power to declare the popular vote invalid in that state and appoint new electors who will vote as he wants them to.

Outrageous and improbable yes, but within the scope of the Constitution, perhaps. But if any governor did that, it would be the end of the democratic republic as we know it.

We would become an oligarchy, or at least more of one than we already are, governed by a small group of powerful men. A violent response to such a move would be certain.

These are intense times, which is another reason why your own vote is so important. One way to be sure the election isn’t stolen is to make Biden’s count such a landslide across the country that a few rogue governors and recounts wouldn’t matter.

An even better protection would be if state governments and election supervisors simply acted with integrity to ensure the fairest, most honest elections they can. Most of them have a record of doing that and I hope I’m not naïve in thinking that that’s pretty much what they’ll do this time too, despite the alarms being raised today.

As to projecting the winner in a fair election—Before Tuesday I urge you to take individual polls with the proverbial grain of salt, with 2016 not so far back in your rearview mirror.

Personally I think the smartest way to understand what might happen in the count is to view it the same way a Las Vegas oddsmaker would—that is, to depend on odds developed by nonpartisan professionals who do this for a living, using hundreds of polls weighted by relevant factors, including size, methodology, and each poll’s record of accuracy.

As of this morning, the odds were 10% that Trump will win— but I caution you not to think that those favorable odds mean a Biden win is in the bag. 10% is not the same as 0%

A baseball player batting 100 (that is, he gets 1 hit in every 10 at bats) does not exactly strike terror into the heart of the opposing pitcher. But you don’t know when his hits will come and one of them may drive home the winning run in the last game of a World Series.

You may, from your experience, think there’s only a 10% chance your kids will remember you on Mother’s Day with a card or call or an attempt at making you pancakes for breakfast—but, waddya know—sometimes they surprise you.

Bottom line, look at any poll with suspicion especially those with a wide margin of error and look at published odds the same way they do in Las Vegas—make your bet but remember that nothing is impossible unless the odds are zero.

We’ll talk about the repercussions of the election next Friday.

If Trump wins, we can expect to see four more years of the same—only worse because there will be far fewer restrictions and obstacles in his path and the Supreme Court will be more pliant.

If Biden wins, then of course it’s a whole new ballgame.

A new science-based national plan to combat COVID-19 will be put in place immediately.

Trump executive orders that now are destroying the environment and undercutting regulations that protect our safety and health will be overturned.

The collection of corrupt toadies that now hold top jobs in the Trump Administration will be replaced by competent professionals devoted to the missions of their agencies.

A Biden administration will take seriously the task of finally dealing in depth with racism and inequality in this country, and knitting back together a country so badly polarized over the last four years.

A new foreign policy will renew America’s commitment to a leadership role in a multipolar world, including immediately rejoining the Paris climate accord.

And perhaps most importantly, a Biden administration will restore a basic sense of decency, honesty, compassion, honor and competency to the leadership of this great country.