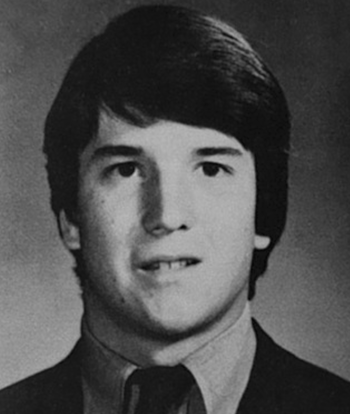 I’m a white guy who went to a private Jesuit-run prep school and then to an Ivy League college. At the prep school, an “in” crowd, mostly the sons of the city’s business and social elite, controlled the social pecking order, played on the sports teams, hosted exclusive parties, and bragged about their sexual conquests. And there were the nerds, like me, who had no part in any of that.

The “ins” knew that when they went too far, their parents would smooth it all over with a boys-will-be-boys defense. If you were, like me, in those classrooms on an academic scholarship and were the son of a less than elite family, you had no illusions that bad behavior would be dismissed. Of course we nerds weren’t perfect, but at least we had to live in a world of consequences for bad behavior, and we learned from that.

By and large, the in crowd at America’s elite prep schools go on to join the elite fraternities and clubs of the Ivy League and other high-end universities. They then head for top jobs in business and government, too many of them still absent any cognizance of what it means to be a decent human being. The world is theirs for the taking and their assumption is that only a fool would not walk through the doors to power that are open to them.

I think now that many of them were failed by parents who raised them to have such massive blind spots, parents who were operating within a cultural system of patriarchy and privilege that has little if any interest in the common good.

Let me give you a picture of how that manifested in one young nerd life. At my prep school, I decided against all odds to run for student body president against five jocks from the in crowd. Being the smart kid I was, I ran a clever campaign that included making a deal with one of them before the primary vote. If either of us failed to make the runoff, that person would publicly throw his support to the other for the finals. The boy, a star fullback, was sure that he’d be the one with the votes and readily agreed. When I made it into the runoff (against the quarterback) and the fullback didn't, I expected him to make good on his promise. That night I got a call from his father, a wealthy businessman, who sternly told me that his son would not be supporting me. His family and the quarterback’s were country club friends. There was no way the promise his son had made to me trumped that family bond.

I was 17, allowed myself to be bullied, and lost the election to the quarterback by three votes. But the real loser was the fullback, who learned from his father that he need not stand by his word and that maintaining one’s privilege is more important than integrity.

But here’s the thing. I wasn’t just up against the fullback and his father. I was facing a whole culture of power that couldn’t conceive of anyone like me muscling in on their turf. After all, my father sold advertising, my mother was a schoolteacher, and we drove a Dodge.

Looking at Brett Kavanagh, I think we’re seeing way more than a man who was once a privileged young lout who couldn’t hold his liquor and who’d never been taught respect for women. These Senate hearings are shining a national light on the entire system of white male patriarchy and privilege that is blind not only to assaults on women, but to the toxic effects of vicious inequalities in this country, the failure to spend enough on public goods, and a political system made dysfunctional by unchecked infusions of money.

So as you watch the Senate committee deal with the Kavanaugh nomination, don’t get caught in thinking that this is a simple he-said-she-said conundrum. It’s way more than that. It’s about whether or not this country will continue to elevate to the highest offices in the land the scions and beneficiaries of a badly broken system, men who have always had their way with money, power—and women.

I used to be right of center politically. No more. In the blazing light of the Kavanaugh nomination I know whose side I’m on. We can’t allow a white, patriarchal, self-serving elite to continue having its way at the expense not just of women but of the well-being of the entire country. The November elections are the next chance to right the ship of state, but it’s going to take more than one election to make America the nation it can be. It’s going to take a steady, courageous, national recommitment to being a country of the people, by the people and for the people.

And along the way, we need to be teaching our sons to be ethical, honorable human beings.