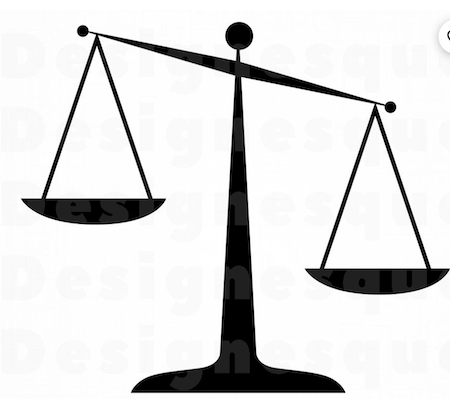 I don't blame you if you haven't been watching every moment of the trial of former President Trump for inciting an attack on the Capitol that killed five people as a raving mob ransacked the seat of American government, holding it for hours.

But some of the proceedings have actually been fascinating, especially new videos showing the extent of the violence and how close to injury or death key members of Congress and their staffs came on that day.

Donald Trump was charged with incitement of insurrection. For three days, House managers laid out a devastating case for conviction. Methodically, meticulously, they detailed the former president’s effort for months to undermine and overturn a free and fair election, culminating with his fomenting an attack on the Capitol—his final desperate effort to stop the certification of the new President.

He whipped his loyalists into a rage, summoned them to Washington, pointed them at Congress, and retreated to the safety of the White House to enjoy the show.

Given the powerful evidence against him, Trump’s lawyers had a weak hand to play. But that didn’t make any difference.

So what was this last week all for— just a fascinating bit of political theater?

Trump and his base claim victory, of course, but that ignores the fact that the Trump brand has been irrevocably damaged, like a bull absorbing the first stab of the picadors’ lance in an event whose outcome is preordained.

Trump’s base is crowing now about their tactical success in breaching police lines at the Capitol, but in fact they know that their leader cut and ran at the crucial moment when the Capitol was in their hands and they needed and expected him to take charge of an insurrection he’d been instigating for months.

Now many of the attackers are cowering as hundreds of their number, identified by their own jubilant videos, are being tracked down and arrested, charged with serious crimes.

It must take a real diehard Trumpista not to be questioning whether it was all worth it—the effort, the cost, the risk—all for a leader who turned out to be more pompous windbag than field general and for whom saving his own skin was a lot more important than saving theirs.

Without red meat from the bully pulpit and incessant tweets, with polls showing most Americans horrified by the events of January 6, how many of the white supremacist thugs that marched for Trump will now retreat back under the rocks from whence they came, fearful of a visit from the FBI?

Then there’s criminal court. If the Republicans won’t convict Trump in the Senate, then bring on the criminal charges! Republicans say that’s how he should be dealt with, and it has begun.

The extremely well documented case offered by the House impeachment managers, including the graphic video evidence, are already feeding criminal cases against him in at least two states and the District of Columbia.

In these courtrooms, Trump will have to face juries under the rules of a court of law where the gentlemen’s rules of the Senate do not apply.

And what now happens to Trump's hold on the Republican Party? He’s made clear that he intends to maintain his grip on the G.O.P—and that any party members who dare to challenge him will face pro-Trump candidates the next time they run for their seats.

That was enough to frighten 43 Senate Republicans into voting to acquit Trump Saturday, not because he was innocent, but because they wanted to protect their careers more than they wanted to uphold the Constitution and their own integrity.

Senate Republicans failed to seize the opportunity they had last week to weaken Trump’s hold and to return the Republican Party to its traditional roots—a move that might keep it competitive in national elections.

What these Republicans don't see is that Donald Trump’s trajectory is not that of Ronald Reagan but of Joe McCarthy, the infamous Senator whose unscrupulous anti-communist witch hunts in the 50’s built a huge following and unsettled the nation for a few brief years—until he was finally called out and publicly shamed and discredited. McCarthy sank almost without a trace back into the oblivion from whence he’d come, a broken and reviled man.

In my opinion, a McCarthy-esque future for Trump is far more likely than a resurgence. Already several senior Republicans have publicly stated that they can't see Trump in national office again and certainly the many Republican presidential hopefuls share that view.

All can see the revulsion of most Americans to the Capitol attack and Trump’s role in it. Polls since January 6 show a huge drop in Trump’s approval rating and a significant upsurge in Republicans changing their party affiliations.

State attorneys general will pursue criminal prosecutions of Donald Trump on a number of fronts.

That’s important, but what do you and I need to do now?

Where you live, be relentless in your opposition to white supremacists when they appear. Name and shame them. Picket their events . Work to keep them out of any elected office. Demand prosecution of incidents when they break the law. Work for gun safety measures where you live.

Reduce the attraction of populist demagogues by supporting the Biden Administration’s efforts to address public problems that impact members of Trump's base as much as everybody else—like defeating the pandemic, creating energy and infrastructure jobs, and ensuring decent health care overall—all benefits that demonstrate that responsible and caring government can solve the problems everybody cares about.

Finally, take a deep breath. The election's over. The impeachment trial is over. Vaccines are on the way. The economy has begun a slow recovery and more economic lifelines are coming.

It’s time to refresh and reboot ourselves, both as a constitutional democracy and as a people.

YES—Trump and his white supremacist allies must be disgraced and prosecuted for the criminals that they are.

But on a more personal level we can start—if only at family events—to ease the polarizations that have been tearing this country apart especially over the last four years.

We can believe again without feeling naïve in the values of both freedom and community that helped launch this country and carry it through multiple crises including this one.