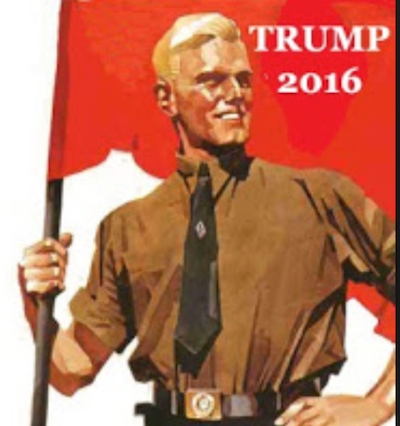 Overwhelming data and observations show that Donald Trump’s immigration crisis is fake, a ploy to solidify his nativist base. Along the border—ground zero of his “crisis”—there’s solid evidence, in federal data and on the ground in places like Brownsville, Texas, of a stark disconnect between Trump’s description of a chaotic, crime-ridden border and the reality of life there. Unauthorized crossings along the border have sharply declined over the past two decades, according to government data, and the violence of Mexico’s drug wars seldom spills into the United States. There’s no vast criminal army of foreign brown people posed to do US citizens harm.

Beyond the border, contrary to Trump’s fear-mongering about brown-skinned rapists and MS-13 gangbangers, the statistics—such as these from the right-wing Cato Institute—are clear: American communities with the highest immigrant populations tend to have the lowest crime rates. Incarceration rates of both legal and undocumented immigrants across the country are lower than those of native-born Americans.

A study by the Wharton School, Trump’s alma mater, is among many showing that the net economic impact of immigration is positive. Immigrants tend to work longer and harder than native-borns,and are more willing to do the work that native-borns can’t or won’t do. With native-born birth rates steadily declining, we need more immigrants, not fewer, welcomed under immigration policies that are smart, fact-based, effective and compassionate.

Trump’s lies and directives on immigration signal a much deeper threat. A cunning demagogue, he’s using the issue to tap into a rage that’s boiled below the surface of this country for decades, fueled by steady increases in inequality, by brakes on social mobility and by the despair the two create among too many of our citizens.

Like the magma in Hawaii, all that rage needs to burst through to the surface is to find a hot-button issue—a crack in the political ground—and a catalyst ready and able to exploit it. Economic grievance and race and class resentments were early cracks, all contributing to the immigration fissure now opening beneath our feet.

Trump, the master catalyst, is doing everything he can to manipulate the issue to deepen the channels through which rage can flow, masterfully taking over a spineless Republican Party, calling forth the most racist, thuggish elements of our society to crawl out from under their rocks, and conning many Americans to accept his toxic leadership because of the policy changes they expect from it, no matter the damage to their own integrities. Most Republicans, for example, supported his original initiative to separate children from their immigrant parents—an evil and ignorant plan that once would have invited bipartisan outrage. “Holding their noses” doesn’t come close to describing this level of hypocrisy.

What’s happening now in our country on immigration tracks what was happening in Germany in the early 1930s when the Nazi Party and its Brownshirts rode to power on the fiction not just that Aryans were a master race, but that Jews were destroying not just the economy of the German state but the whole way of life for the German people. Trump tells us and dog whistles us repeatedly that we should fear black and brown people, that non-white newcomers harbor vast numbers of murderers and rapists, and that the white Nazi thugs who salute him are no worse than the brave people of Charlottesville who rose to shout them down.

No, Charlottesville wasn’t Kristallnacht and Trump is not Hitler—but he’s clearly a wannabee. His bromances with the world’s worst autocrats and his recent attempts to put himself above the law in the Mueller investigation should worry us. Trump attacks the press, the judiciary, the FBI—any institution he perceives as challenging his own autocratic whims. In the process, he throws sand into the gears of democracy and hacks away at the pillars that uphold the Constitution.

The emotions Trump is fanning on the immigration issue with his bogus allegations are all aimed at keeping lava-hot the partisan rage he needs to stay in power. He's trying hard to turn the rest of us against an “enemy within” who does not exist.

The dark vision of America pursued by Donald Trump on issues like immigration is far more of a threat to the Republic than the usual jockeyings for power between those who have it and those who don’t. People who survived the rise to power of the Third Reich warn us now that history is repeating itself, here, in the United States. If Trump could be Hitler, if his racist minions could be Brownshirts—they would, and without a second thought. Sleep on that one.