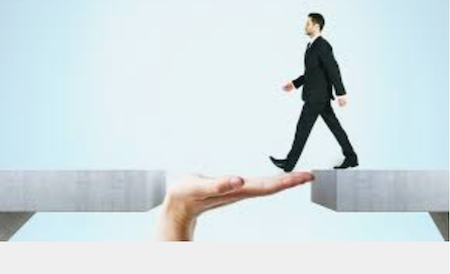 TRUST THEM? ARE YOU KIDDING?

Unless you’re Donald Trump or Ebeneezer Scrooge you gotta be happy that President Biden got his bipartisan infrastructure bill passed and that America will finally fix a decades-long backlog of repairs and upgrades.

But that infrastructure bill, in today’s super-polarized world, was the exception. Even though its benefits are hugely popular in red states and blue, there were still weeks of petty foot-dragging before House leaders finally dragged it through.

It wasn’t politics that almost torpedoed the bill—it was the breakdown in fundamental levels of trust—trust that progressives and moderates would each do what they said they would, and that in the end enough Members would put the common good over personal preference and ambition.

They finally did, but watching the House almost turn this slamdunk into a disaster demonstrated to the entire country just how dysfunctional this nation’s politics have become.

If Congress also passes a version of President Biden’s Build Back Better legislation later this year it will be without a single Republican vote. And there is no voting rights legislation in sight, no immigration bill, and no national policies on police reform, a living minimum wage, or relief for crippling student debt. No serious effort to narrow the toxic gap between rich and poor and probably no change in America’s status as one of the two countries on the planet without paid family leave.

There’s not enough trust in Congress to make any of these things happen now, even though poll after poll shows that the great majority of Americans wants them to.

From the Congress to your local school board, too often what we see are deeply polarized bodies of people who are supposed to be public servants, but are consumed by ideology, paralyzed by partisan fury and unwilling to trust each other enough to ask for the time of day. So unsolved problems mount at every level of government and so does citizen distrust, not just of political institutions, but of all institutions—media, bureaucracy, corporations, academia—that in less polarized times we might expect to inform and serve us.

In the 1990s I led a coalition of environmental groups pushing for stronger protections for wetlands and streams in Island County WA where I live. In the beginning, farmers were among our fiercest opponents because the new rules would limit their freedom to use their land as they wished. When we started, it was very hard for the farmers and our coalition to even talk to each other. Both sides had exaggerated stereotypes of each other.

Yet there were people on each side who knew we had to build some trust between our groups otherwise we’d end up in court, where hugely important decisions would be made by outsiders with limited knowledge of our local situation.

So I set up meetings with our opponents, meetings led by people on each side who were willing to take the risk.

These initial meetings were awkward, but slowly we began to get the feel of what made each other tick and we could put ourselves in each other’s shoes. Both sides had a genuine love for the land, and it didn’t take much talking to also agree that preserving working farms was a key part of preserving the county’s rural character which we all wanted to do.

The more we began to appreciate the others’ situations, the more we began to trust the others as intelligent and fair-minded people—with different views. The atmosphere became calmer, less defensive, more respectful—and more trusting—than it had been. We eventually worked out a deal that both sides could live with—have lived with—for the decades since.

The lesson? What often separates success from failure in any negotiation is the willingness of all parties to trust each other to keep moving forward toward mutually acceptable solutions when success is by no means assured and failure will be painful for all.

Whenever I talk about the importance of trust in solving public problems, I see eyes rolling up. “Sure, I’d like to trust,” those eyes say, “but sometimes you just can’t act that way in the Real World. You’ll get run over.” People are sure that they can’t be trusting when the world is full of people who’ll see it as a weakness to be exploited, who will manipulate them and take advantage of them. Then I get the descriptions of crooked politicians, greedy CEOs, wacko neighbors, and beady-eyed bureaucrats. Everyone seems to have someone in mind who can never be trusted.

Yes, it’s a tough world out there, with real villains in it. Dealing with wars and revolutions and arms sales in the Foreign Service, I tangled with some of the worst people on the planet. I don’t underestimate the difficulty of dealing with difficult opponents. I know there are times when the people you’re dealing with are just plain evil or the situation is just too far gone to even try. There is, for example, no way I would try a trusting approach with a QAnon loony or a Proud Boy who would like to see me dead.

But in fifteen years of dealing with conflict as a US diplomat, I became convinced that

solving tough problems can be done by individual people or small groups sticking their necks out to trust when no one else seems ready to take that risk. It can work in your community; it can work on the world stage.

When I was at the United Nations, cutting the flow of arms to the South African military and police (which they then were using to enforce racist policies there) was my first big test for using a more trusting approach on a world stage. I never could have succeeded without the active cooperation of a half-dozen key diplomats from the Third World, all representing countries on the Security Council that had plenty of reasons not to trust the United States—or me. The short story is that I offered these diplomats “inside information” on clandestine arm shipments they could use to embarrass my own government enough so that it would stop turning a blind eye to those shipments, shipments that returned enormous profits to Western companies.

They thought it was some kind of trick. They didn’t trust me enough to accept the documents I was willing to give them. So I started building trust by simply showing honest interest in my colleagues’ lives and sharing stories from my own.

Slowly I began to build enough trust so that their countries agreed to use the information I was passing them and to launch a diplomatic and media initiative powerful enough to get the US to take the lead in passing a tough new embargo on arms sales to South Africa. It was an action that became a major factor in bringing down the racist regime there.

As a diplomat and as a community activist, I’ve gotten the same lesson over and over: whenever I’ve taken the risk to try to build trust with an opponent, the benefits have usually exceeded the risks—sometimes by a lot. Yes, today’s super-polarized climate makes trusting anyone more difficult. And yes, failures sting. But sometimes the breakthroughs can be been dramatic.

It’s not all or nothing.

The next time you’re faced with what seems an intractable situation and you’re stymied on how to move forward, try trust. Set aside the anger and judgments you bring to the table. Make an honest assessment of the people and the situation you’re dealing with. Initially you may come up with all the reasons not to trust: the situation is too tough or the opponent too nasty.

Often you won’t have enough information at the outset of a negotiation or confrontation to make a good appraisal of whether trust is possible. If that’s the case, my advice is to start by assuming minimal trust. You could even share honest assessments of some of the strengths and weaknesses of your own case. If your opponents respond in kind, you can begin to build a peer/collaborator mode with them. If they don’t, at worst you’ve lost a step.

At one point in our coalition’s battle with Island County, for example, when it looked like we were headed for a bitter courtroom battle, I told the County Commissioners in open session what our legal strategy would be—and what I was pretty sure theirs would be too. Neither position was that hard to figure out, but the Commissioners were nonetheless impressed by the risk I was taking. The next day they proposed a compromise we could accept.

Assessing whether your first trusting move might be responded to in kind may take five minutes or five weeks. During that time, take Wild Bill Hickok’s advice: Don’t sit with your back to the door. Make sure you’ve left yourself the means to defend yourself and your position if and when it’s clear that your opponents’ only goal is to flatten you to get what they want.

When you get right down to it, however, the biggest obstacle to a more trusting approach may not be your opponent; it may be your own skepticism that trust can ever work.

Most of the people who tell me that trusting in tough situations is naive haven’t actually tried it. Well-considered efforts to build trust are not naive; they are practical, hard-headed moves to solutions that will last.

As I’ve said, my experience is that they consistently raise the odds for success. What’s really naive is believing, despite so much evidence to the contrary, that the tired game of attacking and defending will somehow work better the next time when it’s failed so miserably again and again.