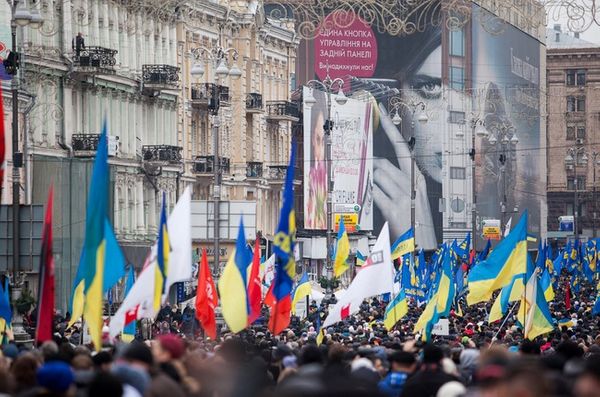 Ukraine: Why There is Hope

The shooting down of Malaysian Flight 17 over Ukraine may actually open doors for peaceful resolution of the conflict there. As evidence mounts of their complicity in the disaster, Russia is now thrown on the defensive and any momentum they and their separatist Ukrainian allies had has been stalled, at least for now, as Russia twists and turns in the glare of global condemnations and threats of significantly more painful economic sanctions. This, and the revolting pictures of the carnage of MF 17, should provide both time and support for current peace initiatives. 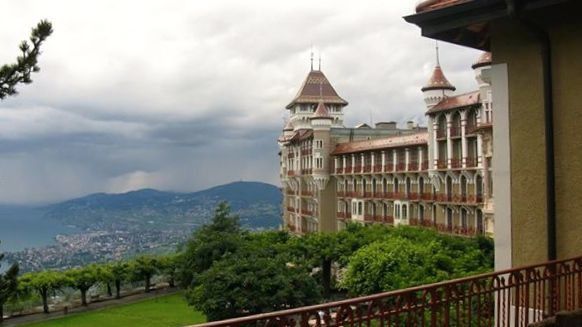 The most important of these initiatives are led, not by diplomats and politicians, but by ordinary citizens. I just spent five days on a mountaintop in Switzerland with 25 of them, including Ukrainian-speakers from west Ukraine and Russian-speakers from east Ukraine, as well as several Russians.

The group included senior academics, leaders of important civil society groups, and prominent people in both Ukrainian and Russian-speaking media. The aim was to see if this very disparate group could reach agreement on a structure for peace in Ukraine, one that could become a template for a national plan, implemented by the country’s leaders and respected globally, including by Russia.

All this took place at the Caux Conference on Just Governance, a kind of “grassroots Davos” for change agents, held annually in an old hotel tucked away in the mountains above Montreaux. Each year the Conference drills down into one or two of the world’s toughest conflicts and this year the primary focus was Ukraine. Caux’s track record in peace-building is impressive, going all the way back to 1946 and the first efforts to heal the wounds of the Second World War. Others from around the world, including me, were at Caux to support, encourage and facilitate the dialogues.

It was not easy. The participants didn’t even agree on what Ukraine is. The Ukrainians from the west of that nation tended to see saw Ukraine’s future, certainly its economic future, as part of Europe. The easterners, living nearer the border with Russia, with their industry already linked in that direction, looked more towards Moscow. The first day there wasn’t much the two sides to the conflict could agree except perhaps the need to avoid a full-scale war that would tear the country apart.

Russian support for the separatist militias that have seized large chunks of territory in the east fuels the tensions and the violence. The west Ukrainians at Caux saw Russia’s advances as naked aggression. Miroslav, a west-Ukrainian dissident who’d spent ten years in a Soviet gulag, feared that Russian President Vladimir Putin was bent on reviving a totalitarian Russian empire. A shouting match started when Viacheskav, a fiery professor from Moscow, countered that Putin was simpy helping an oppressed minority battle unjust and insensitive majority rule from Ukraine’s own capital, Kiev.

But common ground began to emerge as well, as people from both sides acknowledged their shared ethnic roots and, more importantly, their shared history of sacrifice and pain, both in World War II and under Stalin, which together claimed tens of millions of lives. The 25 people in these sessions were all wounded cousins. Everyone had personal stories to tell--and everyone listened to those stories.

The dialogue got more honest and deeper as the days went on. Most from the west could agree that Russian aggression was by no means the only cause of the conflict. There were serious legitimate resentments on both sides that successive governments in the 23 years since independence had done very little to resolve. There had been huge missed opportunities for forging a common vision for the country that would have been inclusive and fair. And successive governments in Kiev have been notoriously corrupt, undeserving of popular support from anyone.

It was five days of anger, pain, grace, shouting and courage. The honest acknowledgements of a bitter joint history under Hitler and Stalin were powerful tools. At the final session, Russian and Ukrainian participants presented a remarkable joint “Platform for Ukrainian-Russian Contact, Dialogue and Initiatives.” It condemned the “aggressive and hostile actions of the Russian Federation towards Ukraine” and stressed the urgent need “to defend the territorial integrity of Ukraine.” It called for unconditional compliance with existing international agreements and obligations and a readiness to look honestly and openly at history, “including the necessity of overcoming our totalitarian past and building a fair and free society in our country.” Meant as a practical road map, the document called on all Ukrainians to join the dialogue on the future of the country and to help create joint initiatives and practical steps for peace-building.

Wishful thinking? These 25 people were not idle dreamers or idealistic kids. They were professionals with the skills, street-smarts and resources to make a difference. Many of them already were. Hanna, a veteran of the bloody protests in Maidan Square last spring, offered this view: "This crisis is not about ethnicity or geography," she said. “It’s about hope. One side says we can fix our problems ourselves; the other side yearns for the stability of the old Soviet Union, when all the rules were set for us. The first side must demonstrate to the second that the fixing is possible, that the people, together, can create a stable and just country."

Since February, Hanna has coordinated an increasingly powerful national movement, Reanimation Package of Reforms (RPR), whose goal is to redirect protest energy into constructive legislative change. RPR, which now includes over 200 experts and 50 civil society groups, is pushing for reforms and submitting draft legislation to combat corruption and to reform law enforcement, local government, public administration, taxes, elections, media and more. Ten of the laws drafted by RPR have already been adopted by Parliament, and, with each success, the RPR gains more and more public support and confidence for systemic change. Understanding that it must offer an inclusive dialogue for all parts of Ukrainian society, RPR leaders tour the country to encourage support for reforms. Now they have the declaration from Caux as an additional source of inspiration and guidance.

So much is at stake. Without substantial reductions in corruption, no Ukrainian government can win the confidence of the people, east or west—nor convince the nations of Western Europe to open their economic doors to Ukraine. And unless broader reforms can create a transparent, just, inclusive national government, those living in east Ukraine will not see why they should stop armed struggle and offer their allegiance.

Will RPR, will any change initiative, succeed? After all, the Orange Revolution in Ukraine in 2004 was launched with similar aims and, yet everything slid back. Ukraine became one of the most corrupt, autocratic countries in the world. And Putin could decide to invade Ukraine tomorrow.

I realize there were no political leaders at Caux nor military commanders, and a few of the group chose not to sign the joint statement. But a couple dozen very brave people stuck their necks out to go first on a difficult journey of reconciliation. But what happened at Caux was a necessary step toward peace. At Caux, I was reminded again of the power of brave and committed ordinary citizens. Ukrainian reformers, like those at Caux, have already this year toppled a government that did not serve the country. Now comes the harder challenge of building the government their country needs --inclusive, effective, honest and just.