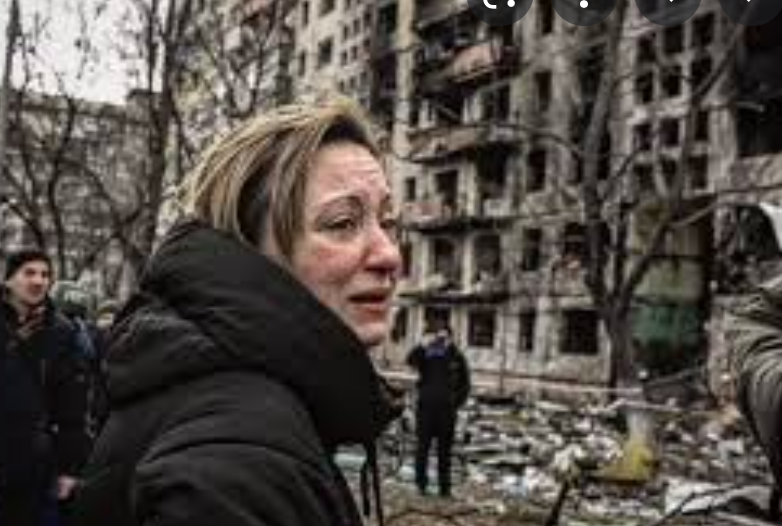 Yes, I’m writing here about peace. But let’s be clear: The recent atrocities committed by retreating Russians north of Kiev—added to their relentless bombing and shelling of civilian targets all over Ukraine—have made any peace-building initiatives much more difficult. Still, this evil madness will end someday, and those with the will and skill to build a peace must be ready. .As an experienced international negotiator, I have some ideas.

You wouldn’t know it from the media, but this war in Ukraine is far more complex than just a Russian attempt to crush an obstreperous neighbor whose independent actions threaten a resurgent Russian empire.

A good part of what’s driving the fighting is long simmering civil strife between Ukrainian-speaking citizens in the western part of that country who favor closer ties with Western Europe, and Russian-speaking Ukrainians living in the far eastern part of the country (Donbas), who have close economic and cultural ties to Russia.

I was involved in efforts to resolve that strife eight years ago. As Director of Giraffe Heroes International, I’ve gotten involved in tough peace-building efforts when it seemed my experience and expertise as a former US diplomat could make a difference. In July, 2014 that work led me to a five-day conference held in a magnificent old hotel perched on a mountaintop in Switzerland above Lake Geneva. I was there, not to mediate, but to support, encourage and facilitate the dialogues.

There were 25 participants, including Ukrainian-speakers from west Ukraine and Russian-speakers from east Ukraine, as well as several Russians. The group included senior academics, leaders of important civil society groups, and prominent people in both Ukrainian and Russian-speaking media. The aim was to see if this very disparate group could reach agreement on a structure for peace in Ukraine, one that could become a template for a national plan, implemented by the country’s leaders and respected and enforced globally, including by Russia.

It was not easy. The participants didn’t even agree on what Ukraine is. The Ukrainians from the west tended to see Ukraine’s future—certainly its economic future—as part of Europe. The easterners, living nearer the border with Russia, with their industry already linked in that direction, looked more towards Moscow. The first day there wasn’t much the two sides to the conflict could agree on except perhaps the need to avoid a full-scale war that would tear the country apart.

Russian support for the separatist militias that had seized large chunks of territory in the east fueled the tensions. The west Ukrainians at the conference saw Russia’s advances as naked aggression. Miroslav, a west-Ukrainian dissident who’d spent ten years in a Russian gulag, feared that Russian President Vladimir Putin was bent on reviving a totalitarian Russian empire. A shouting match started when Viacheskav, a fiery professor from Moscow, countered that Putin was simpy helping an oppressed minority battle unjust, corrupt and insensitive majority rule from Ukraine’s capital, Kiev.

But common ground began to emerge as well, as people from both sides acknowledged their shared ethnic roots and, more importantly, their shared history of sacrifice and pain, both in World War II and under Stalin, years that claimed tens of millions of Ukrainian and Russian lives. The 25 people in these sessions were all wounded cousins. Everyone had personal stories to tell—and everyone listened to those stories.

The dialogue got more honest and deeper as the days went on. Most from the west could agree that Russian aggression was by no means the only cause of the conflict. There were serious legitimate resentments on both sides that successive governments in the 23 years since Ukrainian independence had done very little to resolve. There had been huge missed opportunities for forging a common vision for the country that would have been inclusive and fair. And successive governments in Kiev had been notoriously corrupt, undeserving of popular support from anyone.

It was five days of anger, pain, grace, shouting and courage. The honest acknowledgements of a bitter joint history under Hitler and Stalin provided powerful common ground.

At the final session, the participants presented a remarkable joint “Platform for Ukrainian-Russian Contact, Dialogue and Initiatives.” It condemned the “aggressive and hostile actions of the Russian Federation towards Ukraine” and stressed the urgent need “to defend the territorial integrity of Ukraine.” It called for unconditional compliance with existing international agreements and obligations and a readiness to look honestly and openly at history, “including the necessity of overcoming our totalitarian past and building a fair and free society in our country.”

Meant as a practical road map, the document called on all Ukrainians to join the dialogue on the future of the country and to help create joint initiatives and practical steps for peace-building, including reaching agreement on a set of conditions and reforms that could keep the nation intact and secure.

Was it all wishful thinking? After all, the Orange Revolution in Ukraine in 2004 had been launched with similar aims and, yet Ukraine became one of the most corrupt, autocratic countries in the world. The Russian takeover of Crimea and its invasion of Donbas only a few months after this conference, also suggested that, to the Russian leadership, brute force was the only tool they were willing to use.

And now 2022. And butchered civilians.

Can there be any hope?

Not while any side sees prospect of a military solution. Current “negotiations” between Ukraine and Russia are a charade and it’s naïve of Western media to portray them as anything but that. The military situation on the ground is simply too fluid to permit serious discussions of any results that might in a few weeks or months be determined by guns and bombs. And Russian war crimes will harden Ukrainian resolve to seek harsh terms.

But if a genuine stalemate results from the current battering—meaning that Ukrainian defenses have in fact stalled Russian advances with heavy Russian losses, that world opinion of Russian attacks on civilians continue to isolate Russia and its people and that sanctions continue to destroy the Russian economy—it’s at that point that genuine negotiations might be possible.

And where would these negotiations lead?

There is a path. In 2014 on a mountaintop in Switzerland, a few dozen very brave people stuck their necks out on a difficult journey of reconciliation.

The 25 people at that conference in 2014 were not idle dreamers or idealistic kids. They were professionals with the skills, street-smarts and resources to make a difference. Many of them already were. Hanna Hopko, a veteran of the bloody protests in Maidan Square the spring before, offered this view: "This crisis is not about ethnicity or geography," she said. “It’s about hope. One side says we can fix our problems ourselves; the other side yearns for the stability of the old Soviet Union, when all the rules were set for us. The first side must demonstrate to the second that the fixing is possible, that the people, together, can create a stable and just country."

She added that unless broader reforms could create a transparent, just, inclusive national government, those living in east Ukraine will not see why they should stop armed rebellion and offer their allegiance to it.

Sure, peace did not happen after that conference but it was, in retrospect, a necessary step toward peace. When the guns finally fall silent in this current war—presumably after the Russians finally accept they will not achieve their aims by force—there will be some kind of internationally enforced settlement that keeps Ukraine out of NATO but provides ironclad assurances of its territorial integrity and security, probably with some kind of special status for Crimea and for the Donbas.

But that will not be enough. Achieving real peace will again be up to brave and committed ordinary citizens to build the national government their country needs for all its citizens—inclusive, effective, honest and just.

It’s now ironic that, eight years after that conference in Switzerland, the end result of negotiations might be, after all this carnage, a solution very close to the one reached on that mountaintop by 25 brave and persistent people who shared their pain and told the truth.

Meaningful reconciliation between the Ukrainian and Russian peoples, especially after last week’s massacres, will be much harder.