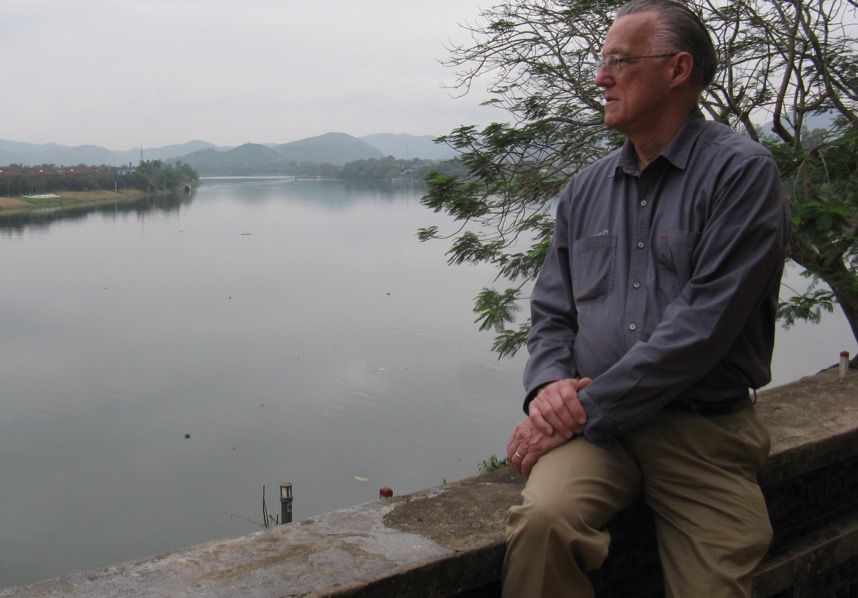 [from the Blog: On the Edge] In 1972, I was US Advisor to the City of Hué, South Vietnam. Some evenings, especially if the day had been difficult and dangerous, I would drive a few miles outside the City to an ancient pagoda called Linh Mu. There I would sit at this very spot on a wall overlooking the Perfume River where I would meditate, or at least try to absorb some of the calmness of the river, the temple bells, and the monks sweeping the courtyard with straw brooms. I could measure the time lapse between the flashes and the booms to get a rough idea of how far away the B-52s were bombing that night--and it was never very far. I finally had to stop coming here in April-May when the North Vietnamese began to close in on the City and sitting on this wall invited too great a risk from sniper fire from across the river. I was too big and too obvious a target.

Now I am back, for the first time. It was not an easy decision to come; many of my memories are ugly and violent. On May 2, 1972, for example, at the height of the battle for Hué, the South Vietnamese Army, at my urging, had set up a firing squad on the riverbank near the end of the Nguyen Hoang Bridge. Its purpose was to shoot deserters. With most City leaders having already fled south, and with the City teetering on the edge of a general panic, I didn’t know what else to do. What I did know was that most of the deserters were farm boys dragooned off their paddies the week or month before and scared out of their wits. It was a wrong decision I’ve had to live with ever since and making it was a huge moral turning point in my life.

Still, I am back, in Ho Chi Minh City, Hué and Hanoi, absorbing Vietnam as it is now, a hard-working, visionary society that, since 1986, has thrived on the Chinese model of combining top-down Party rule with a very free and obviously booming capitalist economy.

In the rural, rice-growing areas, you still see plenty of water buffalo, just as you did in 1972. But year by year, you see more Japanese tractors too, purchased by farmers who—now unleashed to make as much profit as they can—have become increasingly prosperous, living in new multistory brick houses that, farm by farm, replace the traditional thatched or tin-roof huts. Yes, motorbikes still greatly outnumber cars—at least until the country can catch up in building a bigger and more modern road network (here’s hoping they also invest in a bigger, better rail system as well). Construction has already begun on widening the current four-lane highway from Hanoi to Haiphong.

50 years ago America’s leaders told us that if we lost Saigon it would be just the first domino to tip over as the juggernaut of International Communism smashed through the defenses of Capitalism. With the exception of lots of red banners celebrating the 40th anniversary of the “War of Reunification,” Vietnamese cities have the look and feel of cities as Communist as, say, Phoenix. Only a lot more colorful and exciting. Entrepreneurs are as ubiquitous as Burger King. Citibank, Sheraton, Versace, Cartier, Ralph Lauren, Gucci—they are all here. 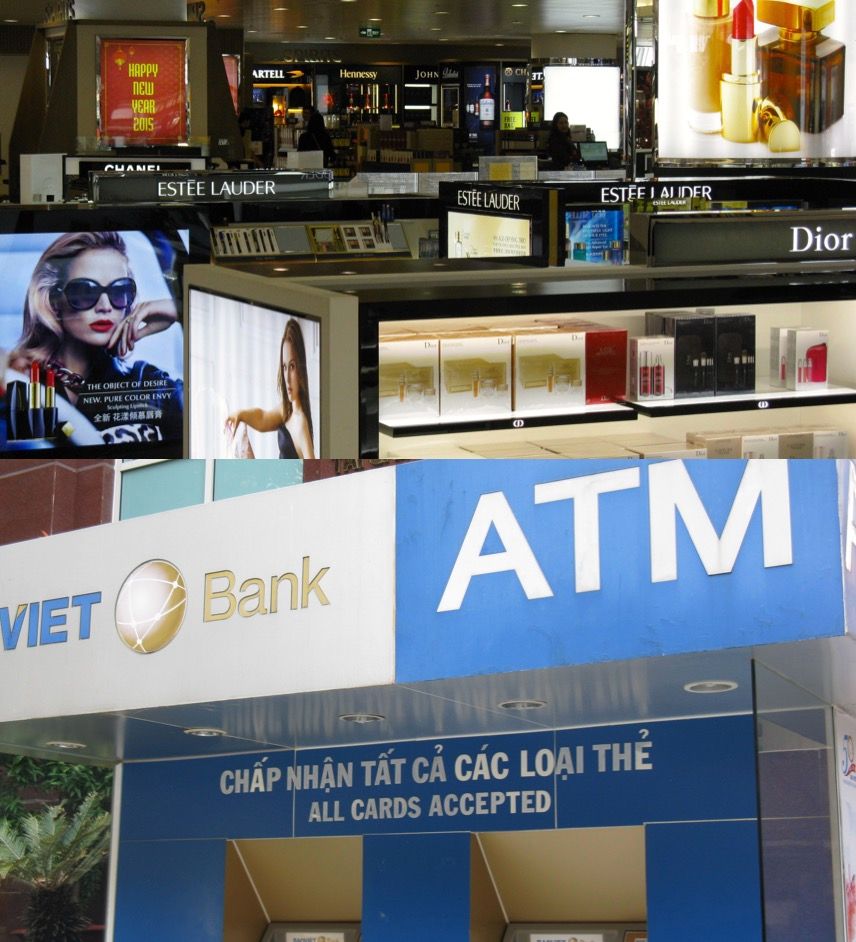 And in Hanoi, the capital of this Red Menace, this “grim socialist paradise,” there are ATMs, plenty of luxury goods shops and a new international terminal at the airport. With the evidence of a successful entrepreneurial economy all around me in Vietnam, the madder I get—at the idiotic American leaders who insisted that we had to visit awful violence on this place--and on ourselves--because Vietnam was a domino in the existential fight between capitalism and socialism; if we didn’t “win” here, our whole way of life could unravel.

I visited Ho Chi Minh in his tomb in Hanoi. He may not have liked the Gucci/Prada stuff, but still, I swear the old man was smiling.