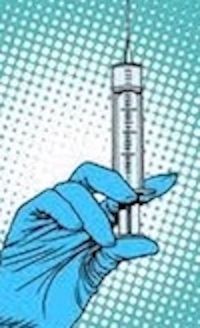 Who Gets the Vaccine and for What?

A lot of smart people are working hard to figure out who should get the new vaccines for COVID-19 first. I trust them to make these difficult decisions. But the vaccine IS coming and most of us should have it by summer. That’s the good news.

But there’s another pandemic raging in this country that ultimately could cost us more than Covid 19.

I’m calling it the Ostrich Plague—a relentless virus that’s caused millions of Americans to put their heads in the sand, refusing to acknowledge the danger of the colossal assault on American democracy and values we’ve seen over the last four years.

The Plague is so virulent that it leads its victims to ignore, minimize, explain away—and sometimes even celebrate—the carnage the Trump Administration has wrought with its corrupt, incompetent governance and its feverish mission to increase the divide between Americans.

Biden’s win has put the brakes on the radical right’s drive to destroy the Republic as we’ve known it. So there’s a window open now to cure the Ostrich Plague.

But first remember—this plague didn’t sneak in from China. It’s been in the US for years, more or less latent, building its strength, waiting for a super-spreader. That moment came with the election of Donald Trump, an unscrupulous, populist demagogue who convinced millions of people that their symptoms of the Ostrich Plague weren't sickness at all, but patriotism.

It was everybody else who was sick.

Once in office, Trump did everything he could to intensify and spread the Plague by putting a personal imprint on the country of his crass, lying, amoral personality, and, in that process, endangering 230 years of building a constitutional Republic in which the rule of law was respected as Americans kept trying to build a more perfect union, no matter how often we fell short.

In the most chilling proof of how far the Ostrich Plague has spread, it seems that 70 million Americans wanted to give Trump, the super-spreader, another four years to finish off the American experiment.

And more than half the Republicans in Congress signed on to that absurd Trump lawsuit that the Supreme Court has just rejected.

But now the spreader has been cast out, at least from formal leadership. But the virus remains rampant in the country.

So those of us fighting the Plague have our work cut out for us. The vaccine we need must counter every aspect of the disease. These include:

Loss of hearing. The biggest problem is in the mid-range. There's a great deal of vital information in the middle that is simply not being heard, including common sense solutions to problems like failing infrastructure, immigration and health care.

A constriction of the heart. People on both sides of the toxic divide in this country find it far too difficult to open their hearts to the legitimate grievances and pain of others who do not think like they do, or vote like they do.

Disconnection. That old song about “the hip bone is connected to the thigh bone” needs to be brought back as a directive of political practice.

Do we really need to list again all those pressing national concerns—from healthcare to education to public safety—that absolutely require political leaders to work together, and citizens to cooperate with each other at the local level to forge common-sense solutions to shared problems?

Three of the biggest disconnects in this country are on issues of race, gender and sexual preference. No new vaccine can succeed unless it helps us all recognize and respect the humanity and dignity of everyone in this country.

There's no doubt that multiple doses over time will be required.

Brain constriction. The vaccine for the Ostrich Plague needs to promote rapid growth in brain cells, quickly leading to increased abilities in critical thinking. In social media that means people can separate fake news from reality, follow a wide variety of varying view points, and ask a lot of questions.

And infused with media messages as we all are, it means taking the quiet moments we need to actually weigh the evidence and think for ourselves, asking what is really happening and why.

Inflexibility. The Ostrich Plague petrifies minds. So the vaccine needs to soften that rigidity to allow mind and spirit to learn and grow, making it possible to challenge old theories and ideas and develop new solutions to today’s complex problems.

Weakening of the spine. The Ostrich Plague has led to a massive collapse in personal courage for far too many people, including the Republicans who refuse to separate their once-honorable party from Donald Trump. Much of the Republican Party, from the federal to the local levels, has been infected by Trump’s disrespect for the well-being of this nation, putting power above principle.

How else to explain all those Republican Member of Congress who just joined a treasonous petition to negate the votes of 40 million of their fellow Americans?

Unhealthy attitudes. Many doctors will tell you that how you feel about your body can play a decisive factor in how well it serves you. There are Plague-driven attitudes that we need to change to ensure the health of our body politic. Of most danger are racism and white supremacy—twin scourges whose carriers, with or without a vaccine, we need to denounce and shame and send back under their rocks.

For our health as a nation, we need also to achieve a more positive balance between the traditional American emphasis on freedom and individualism and an obvious need to see ourselves as all in this together. So many of our challenges are shared, from Mississippi to Maine, including healthcare, child care, addiction, failing schools and unemployment.

“I’m alright Jack, I’ve got mine and to hell with you” is a Trump attitude, not an American one.

I hope you’ll join me in developing and dispensing shots of an Ostrich Plague vaccine. Joe Biden’s election has been critical but it’s not enough to cure this disease.

A cure will take years and a lot of effort by those of us who retain our confidence and transmit our hope that the people of this country will re-commit to a constitutional Republic governed by laws.

Hang in there. And fight.

As always, I invite your comments, disagreements and challenges.