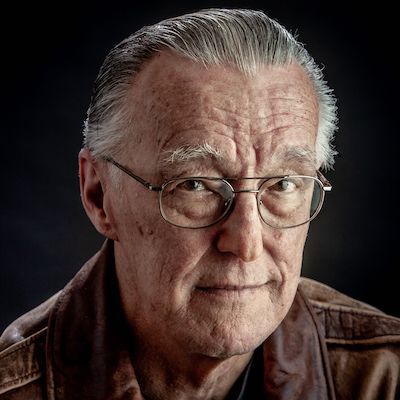 Who Voted for Trump, Why, and What’s It Mean?

Who Voted for Trump, Why, and What’s It Mean?

The answers to these questions are important to understanding how democracy in America can have a future, and how this grand experiment, begun 230 years ago, can be repaired for a new run.

My name is John Graham. If you’re new here, my quick intro is that I’m a lifelong adventurer, a former Foreign Service Officer, a writer, a speaker, a social and political activist, and for over three decades a leader of the Giraffe Heroes Project, a global nonprofit that moves people to stick their necks out for the common good. More at johngraham.org. There’s a memoir, Sit Down Young Stranger, on Amazon.

OK. 72 million Americans voted for Donald Trump, way more than the Democrats or the pollsters expected. So who are these Trump voters and what motivated them?

Some of the categories overlap.

And anyone who thinks that a military-bashing, deficit-building, debt-ballooning grifter is a true Republican is fooling themselves and ignoring the obvious: to Donald Trump, political parties are merely weapons he wields in his battle for personal glory.”

Many lifelong Republicans understood all this and rejected Trump from the beginning.

Some because Trump did deliver on three things dear to conservative hearts—court appointments, removing regulations on business, and tax policies favoring the rich.

Some pulled the lever for Trump for one or another of the reasons I’ll talk about in a minute.

And some because switching to voting Blue was more than their psyches could handle.

• Many who voted for Trump were the same voters who got him elected four years ago—noncollege, white, mostly men, with real, serious economic grievances. Technology and shifting trade patterns had taken many of their jobs and Donald Trump told them he would fix that.

But I’m betting it wasn’t just about economic loss for these voters. I think it was more a loss of status—a sense of being dissed by coastal liberals—that produced such an incredibly strong, rage-fueled commitment to a guy who told them how great they were.

Four years after the fact, they haven’t forgotten being dumped into a “basket of deplorables.” Energized by Trump rallies and by right-wing media, their vote was a huge “F-You” to “arrogant elitists” that they felt have never stopped shaming them.

• I think a lot of Trump voters voted out of fear of the demographic juggernaut bearing down on them, the coming-soon end of the centuries-long white majority. It doesn't take a political genius to see that, as America becomes browner, the choice is to adapt or to be left behind. Instead, these voters are trying to stop the inevitable loss of their perceived power as whites in a white-ruled nation.

Some voters who acted on that fear have been taking their cue from Trump to step forward in white supremacist groups that now could voice their hate and create mayhem openly. “Stand down and stand by,” was their leader speaking to them, and they listened.

• And many of them listened to his racist dog whistles and crawled out from under their rocks once it was evident that, with one of their own in the White House, it was safe to do so.

I don't know what percentage of Trump’s base are racists but there's a whole lot more of them than I thought four years ago. And they were motivated to vote because they knew that an anti-racist White House, combined with the growing political power of groups like Black Lives Matter, would end their Trump-sanctioned freedoms to openly spread their bile.

• I think many people voted for Trump because over four years he’d conned them into believing that there was no such thing as truth beyond gut feelings, especially HIS gut feelings relayed to them via tweets and Fox News. Any negative news was fake news and facts were whatever you wanted them to be. Remember Kellyanne Conway’s jaw-dropping suggestion early on in defense of” alternative facts.”

Trump didn’t invent this kind of anti-intellectualism, but he skillfully uses it to promote his own lies, prejudices and bad ideas, most recently his lethal campaign against wearing masks. People who believe scientists are just over-educated elitists got easily sucked into Trump’s unreality, ignoring fact-checking, real-world journalism, and the advice of the experts.

This gut-feeling crowd doesn’t have to think about complex problems because Trump has simplified those problems for them and reinforced his lies by appealing to people's prejudices and fears. The pandemic has helped him by ratcheting up the fear factor in America and fearful people are especially vulnerable to the Big Con and to conspiracy theories like QAnon.

Demagogues like Trump know that the bigger the con and the more often it’s repeated, the more impactful it is, whetherit’s scary Mexican gangsters streaming across our border or scary Blacks moving into your neighborhood.

• There were a lot of single-issue voters for Trump. Some of them were about money—people who simply don't want to pay taxes, who think causing harm to their fellow citizens and destroying the dignity of the presidency are small prices to pay for filling their own bank accounts.

Others were motivated by the single issue of opposition to abortion, a motivation strong enough to over-ride whatever distaste they may have for Trump as a person. The chance to end Roe v. Wade was more important to them than any other concern, and Trump was getting Justices in place to do that.

• White evangelical Christians and conservative Catholics have been major supporters of Donald Trump and their hypocrisy is monumental. They will tell you, from the pulpit and on the street, that what matters to them is discerning the will of God, and committing oneself to a life of purity, fidelity, devotion to God and church, and compassion and love to one’s fellow human beings.

And they voted for Trump in droves, a man who believes in, and whose actions show no understanding or respect for, any of those things.

It puzzles me that so many evangelicals and conservative Catholics allow themselves to be duped by a man who clearly doesn’t give a damn about the spiritual and social issues that motivate them. They trade him their votes for his opportunistic support for their agenda.

Really? It’s hard, for me at least, to see what they're getting out of the deal that’s important enough for them to risk their integrity and reputation as well as, should I say, their souls.

So what’s next? Will the forces of intolerance, fear, willful ignorance and hypocrisy that expanded Trump’s vote totals in 2020 be back in the same numbers and with the same force with their man out of office?

I have no idea.

But I do believe, and I and I hope you do too, that our democracy, badly wounded over these last four years, is worth the strong, untiring efforts it will take to move it back from the brink.

I think that some of the attitudes I’ve just talked about are baked in and the only way to cripple their impact is to continue to outvote the people who hold them.

But for others, I think that there are things that can be done, and done quickly, in a Biden Administration that, with or without Democratic control of the Senate, will meet important needs broadly shared by Americans who may differ widely politically. Things that, when done, will reinforce the understanding that, Red or Blue, we’re all in this together.

• The most important and urgent of these things is a competent, fact-based national policy to fight the pandemic. Something that can start to rebuild trust in leadership by showing that competent, caring people can provide credible answers, real solutions and hope,

• A massive infrastructure bill has been tabled in the Senate for years. It has bipartisan support because its spending serves the interests of the heartland as well as the coasts, white- and blue-collar citizens, the white as well as the nonwhite. Building and repairing the nation’s roads, bridges, schools, airports, energy systems and Internet structures would put millions to work toward shared goals in every state.

A bipartisan compromise on immigration policy that is both sensible and compassionate has twice come close to passage and should be an early Congressional objective. A new immigration law that meets bipartisan objectives will not only renew a bedrock principle of the nation, but will ease unnecessary and divisive tensions on this issue in the Senate and in the country.

As people across the political spectrum work together to save each other’s lives now, to build the physical structures we need for the years ahead, and to remind us who we are at our best, then maybe, just maybe, Americans can learn from those collaborations that we are indeed one people.

I confess I am a relentless optimist but not a mindless one. This is no Kumbaya moment we are looking for, but a set of practical political opportunities, with real obstacles, angers and prejudices—as well as hopes.

I’m convinced that we can fix our democracy. We can restore the integrity of our institutions and our belief in the American dream.