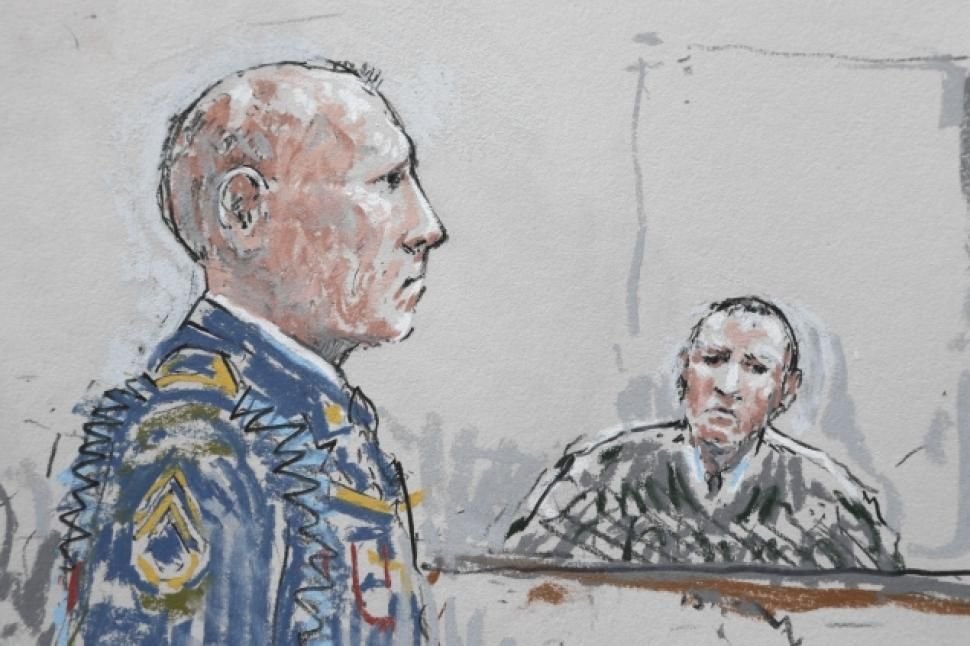 Who's on Trial with Sergeant Bales?

The US Army thought it could squeeze one more combat tour out of Staff Sgt. Robert Bales. It was wrong. Bales is now accused of shooting and stabbing to death 16 Afghan civilians, most of them women and children. The Army said that he’d “snapped.” Something else may have snapped too--the last frail thread of trust between the US and its Afghan partners and with it, the last hope for any kind of success in this war.

It’s easy to blame the Army. Yes, it sent Sgt. Bales into combat for the fourth time in eight years—but he was one of 107,000 soldiers sent to Iraq or Afghanistan three or more times.

Yes, the Army judged that none of the injuries he’d sustained, including one to his head, were serious enough to keep him out of combat. Yes, the Army knew that he’d had problems with money and with his marriage and that there were minor brushes with the law. But an Army stretched thin by two wars has little choice but to send such people back into harm’s way, especially those, like Bales, with valuable combat experience.

And yes, the mental screenings the Army gave Sgt. Bales missed danger signs--if there were any. The Pentagon has finally begun to take mental illness seriously but its efforts are still woefully underfunded, understaffed and resisted by a warrior culture with little sympathy for injuries that don’t bleed. That culture makes many soldiers reluctant to complain or even acknowledge symptoms for fear of losing face within the ranks, or of being passed over for promotions.

Thanks to public and Congressional pressure, screenings and treatments for mental illness in the military will get better (and we can hope that Bales’ court martial will speed the pace). But we should all understand that the core of the problem is unfixable, despite the best efforts. There will always be huge mental health consequences to war for the simple reason that the nature of war is to kill.

In ancient Sparta, warriors were acculturated from birth to do that killing (and to risk being killed, to see friends killed, and to witness the carnage). We are not Sparta. If he is to survive them, our wars demand wrenching changes in attitudes and behavior that set the warrior at complete odds with the civilizing values that surrounded him back home. When the warrior returns home, he must do another stark re-ordering of his mind and psyche. Then switch back into war mode for the next tour. And back again. And again. It's no wonder that the Army suicide rate has soared since the beginning of the Afghanistan and Iraq wars, according to a study just published by the U.S. Army Public Health Command. The question is not how did Sgt. Bales happen. It’s why it doesn’t happen more often.

I have a small, personal sense of this. As a civilian advisor in a dangerous part of Vietnam, I made some life and death decisions for reasons that today seem shallow and ignorant, and they haunt me still. I knew that I was an easy target any time the Viet Cong chose to take me out. The first time a bullet whistled by my ear it was exciting. The second time less so. I slept with my M-16 alongside the bed and a case of grenades beneath it; I practiced rolling out of bed and grabbing my rifle without raising my head above the line of sandbags on the windowsill. I did this for eighteen months. When I got back, I walked on the shadow side of the streets in California to avoid sniper fire. I had screaming nightmares. And I was a civilian.

My story must seem lame to someone like Sgt. Bales, but it did let me see into a warrior’s world.

Lt. Col. Dave Grossman in his book, On Killing: The Psychological Cost of Learning to Kill in War and Society, notes: “It is not too far from the mark to observe that there is something about continuous, inescapable combat which will drive 98 percent of all men insane, and the other 2 percent were crazy when they got there.” Many of my vet friends would say that Grossman exaggerates and in any case, that most of his “98%” don’t act out their nightmares. Perhaps, but that doesn’t mean they don’t bear them as silent, private horrors.

Sgt. Bales should not go into the dock alone. Many of us should be there too, charged with willful ignorance, with acting as if war was not what it is—a series of relentlessly horrific acts destroying bodies, psyches and souls.

On trial should be those who learn nothing from history, who keep following the brass bands more than the coffins and the wheelchairs, and let their kids play video war games where every death can be reset.

On trial should be every chickenhawk politician banging the drums of war.

On trial should be all those who cast Sgt. Bales as a rogue. To admit that warriors who snap are an inevitable product of war upsets the storyline that keeps too many of us comfortable sending generation after generation into battle.

On trial should be any of us who accept war as an unavoidable part of our political landscape and not as the last resort to protect national interests that are vital, immediate and real.