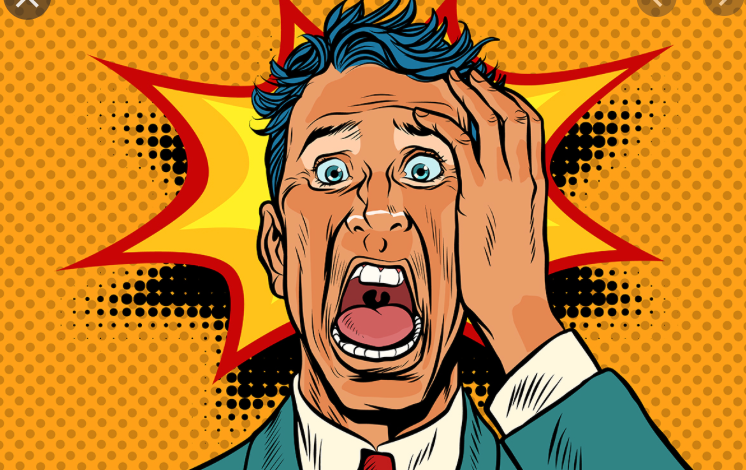 Why Has Trump Been Playing to Lose?

You either watched the debate last night or you’ve surely heard that it was better than the first one. Trump’s behavior at the first was so bad, anything more substantive than acting like a kindergartner fighting in a sandbox would be an improvement. This time, thanks only in part to mics that were cut off regularly, Trump was significantly more disciplined and focused.

The change in him for those 90 minutes was especially dramatic because, for the last couple of months, Trump’s been running as if he wants to lose.

This guy lives in an unreal universe of his own making. Untethered to reality, he’s kept upping the ante. He walked into the biggest job on the planet with little idea how to do it and now the polls and even many advisors are telling him he’s about to hear a majority of the voters say, “You’re fired.”

Instead of trying to expand his base, he’s doubled down on themes that only his most devoted followers accept, even though he surely knows that he can’t win without also getting the votes of a larger chunk of the electorate. That narrow focus has prompted a cascade of other political mistakes:

• With the country frightened and uncertain because of the pandemic, Trump’s rallies have become super spreaders and his contempt for masks and social distancing is at odds with the science and the opinion of 70% of the population.

• Instead of laying out an attractive plan for a second term that might may spark some interest in undecided voters, Trump offers angry, whining, self-pitying speeches and Tweets that repeat proven lies about his accomplishments and the crimes of his opponents. And their nastiness — Trump seems obsessed with the idea that people are just being mean to him. For no reason.

• His failure to disavow white supremacists and the Q-anon loonies has cost him many more votes.

• His outrageous behavior in the first debate, pleasing to his base, lost him a huge chunk of possible votes — few sane people want a president who acts unhinged.

• He missed the opening offered by his three days in the hospital. He probably could’ve cut seriously into Biden’s lead if he’d left the hospital declaring that his eyes were now open to the seriousness of the pandemic and then assured the nation of a new, sensible and effective national program led by serious healthcare professionals.

But last night Trump sort of pulled it together. At any rate, his performance was significantly better, even with the bar set very low.

I sat there watching and wondering what had happened to affect such a change in a notoriously unmanageable candidate. Then it hit me — I’ve been in a situation that gives me an insight into what just happened.

Some years ago, I led a climb up the north side of Mt. Baker, a volcano in Washington State.

It’s a tough ice climb and the toughest part is a steep 250 foot ice face near the very top of the mountain.

There were six of us, two of us in the lead — let’s call the other one Don. It was slow going and we were well behind schedule when we got to the bottom of the ice cliff, all of us on a narrow snow ledge looking down 3,000 feet on two sides. Now we had to get up the cliff, starting with a huge bulge in the ice.

Don, in the lead, tried to get over the bulge but repeatedly slipped and fell back. He began to curse. He knew we had to get up that ice wall because we couldn’t stay on that snow ledge safely once it got dark, which would be in another hour and a half. With each failure Don got madder and his moves became more erratic, making things worse.

So I asked Don to give me the lead.

I managed to get over the bulge and then climbed halfway up the cliff to the end of my rope where I used ice screws and nylon slings to attach myself to the nearly vertical ice wall. Then I called down for Don to clip onto the bottom of my rope and I would bring him up. He fell repeatedly, cursing and yelling in frustration but I managed to get him up to where I was.

He was clearly out of it, panicked by the danger we were in. But I needed him to be competent because now he had to anchor the safety rope for me as I climbed toward the top. If I fell, he would have to stop my fall with that rope or I would pull him off and probably at least two others down 3000 feet. But now Don was almost incoherent.

So I did something I’d never done before. I slapped him hard across the face and ordered him to be prepared to stop my fall if I slipped leading the way to the top — or he could kill us all. This seemed to steady him a bit and I started up. Luckily I didn’t fall and didn’t have to test how long it would be before Don lost it again. The whole team made it to the summit where we watched Northern Lights dancing across the clear night sky, before taking the easy way down to our tents.

I think you see why this story hit me, watching the debate. Faced with an electoral loss which to him would be the most massive public fail imaginable, Trump has been panicking. Panicked people lose control. They become dysfunctional. They do things contrary to their own self-interest and to the interests of the people around them.

Trump has no friends. His allies are all transactional and will desert him or have already deserted him as his hold on power becomes less certain. Prosecuting district attorneys with fat files on his law-breaking await his departure from the immunity of the Presidency.

So, Donald Trump, in a panic, retreated to the only safe place he has, his base, and, electorally speaking, that made matters worse. Trump’s panic was endangering every Republican running for office across the nation and he had to get it together or many of them were going down with him. So someone in his campaign at least figuratively slapped him across the face.

It worked. For 90 minutes last night Trump was just his usual prevaricating self, and less the sandbox bully having a tantrum.

How long will it last? Do you think Trump can stay somewhat disciplined for another 10 days?

His campaign staff might have saved him for one night, but I don’t think Trump has the self-awareness and control to sustain these changes on his own. He thinks he’s been betrayed. He believes his own Tweets and what he hears from his fans and sycophants and Fox news commentators and from politicians who have been using him to further their own agendas.

He must wonder how many of them will take his call when he is no longer President. To a guy who lives on adulation, that’s reason enough to panic.