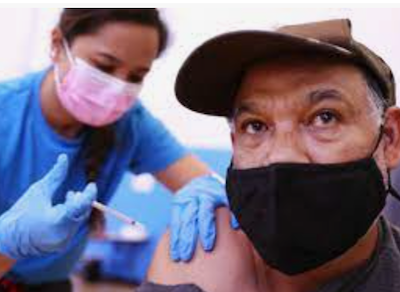 Why Not the Shot?

Why Not Knowing, or Refusing to Know, Can Kill You

The pandemic is resurging. The US is now averaging more than 100,000 new Covid-19 cases a day, the highest in nearly six months. The resurgence is driven in part by a deadly new strain of the disease, the Delta variant.

I want to focus on the other reason for the resurgence—the reluctance of tens of millions of Americans to get vaccinated, even though contracting the disease in its new variant carries a high risk of severe sickness and death.

What’s going on? The vaccines are safe, 95% effective (including over the Delta variant), and readily available. So why are so many Americans failing to protect themselves and others, including their own friends and families?

But why should I care? After all, I’m vaccinated and the unvaccinated make up more than 99% of new infections and deaths. And even in the very rare event that I still catch it (like a few of those partygoers in Provincetown), it’ll be no worse than a bad cold. Bottom line: I’m safe.

Why should I care? Those refusing vaccinations and suffering the consequences are mostly grown-ups making conscious decisions. Not only that, they are mostly clustered in those areas of the South and Midwest that most energetically buy into the fear mongering and anti-intellectual fabrications and conspiracy theories promoted by Donald Trump and the cowards in government and media who support him.

But I do care—I have to care—and not just because I’d like to see less suffering in the world.

I care because unvaccinated people are prime carriers of the disease, therefore most likely to infect others. And they needlessly fill up hospital beds and ICUs, now again in short supply in many places.

I care because both people and viruses are mobile. An infected person from Oklahoma can spread his disease not just to his fellow Oklahomans. He can take it to Seattle (near where I live), no matter how hard Seattle works to maintain strong public health measures. Which means more masks, more quarantines and more lost business income in places, like Seattle, that basically are doing things right.

I care because the bigger picture is even scarier. Only half of Americans have been fully vaccinated, which is far short of the percentage needed to deprive the virus of the new targets it needs not only to keep spreading but to develop more lethal variants of itself that will keep coming back month after month, year after year. It’s inevitable that someday one of these new variants will figure out how to override the then existing vaccines.

In short, unvaccinated America is a vast petri dish inviting the virus to propagate and mutate—and threaten all of us, whether we are vaxxed, masked or not.

What can we do to convince more Americans to get the jab? How do we counter the lies and misinformation promoted by anti-vax zealots and unscrupulous media and political types that feed off them?

Relentlessly promoting the facts helps with some people. Yes, the vaccine is safe: more than 4 billion doses have been administered worldwide and the number of side effects remains consistently and extraordinarily low. And here’s a stat for the guys who say it hasn’t been tested long enough: Covid-19 vaccines underwent far more trials than Viagra ever did.

And it doesn’t take a math whiz to do an elementary cost/benefit analysis. Every year a few people get very sick from the flu vaccine. Nonetheless, schools still require it because the enormous benefits have proved to far outweigh the minimal risks. The negative impacts of the existing COVID-19 vaccines are practically nonexistent. And those vaccines have already saved hundreds of thousands of lives, reversing the deadly trajectory we were on a year ago.

BUT—if facts were all that were needed to convince the unvaccinated, we would’ve defeated the virus by now. But facts have only a limited impact. Resistance is not so much intellectual as it is emotional and ideological—made far more significant because the Covid response in America has become completely politicized.

There has always been a streak in American political psychology that sees institutions, from government to education, as secret fronts for vast global conspiracies.

During the New Deal, some conservatives thought that Social Security was a communist plot. In the 1950s the John Birch Society insisted that Dwight Eisenhower was a Kremlin dupe for spending all that public money on highways. LBJ was a commie for creating Medicare…

What’s different now, of course, is that bizarre conspiracy theories have become totally mainstream for the Republican Party—it’s no longer just their far right that believes unbelievable things. These days you’re excommunicated from the Republican Party if you don’t embrace the Big Lie that the election was stolen and don’t declare that mask mandates are the equivalent of the Holocaust and vaccines are a globalist plot to achieve mind control.

In the past, conspiracy theorists have always been constrained by a conservative political establishment that considered conspiracy plots not just crazy but bad politics and—not incidentally—bad for business.

Then came Donald Trump and his endorsement and propagation of political paranoia. The crazies no longer feel they need to moderate their tone. The result has been a remarkable transformation of American politics. One of our major political parties has

endorsed madness in order maintain its power. This madness will kill thousands of Americans in the next few months, because politics is by far the best predictor of who is still refusing to get vaccinated.

We need to keep making vaccines as easily accessible and attractive as possible.

We need to choose spokespeople for the vaccine who are credible to the resistors. Media and sports celebrities and social media influencers can have more impact than DC talking heads. Videos of ICU patients tearfully declaring how much they wish they’d had the jab are powerful, as are conversion messages from believable individualists like farmers and small business owners.

Grass-roots campaigns may have a bigger effect than any public-service ads. People tend to look to people like them to see what’s acceptable. Hearing from experts and VIPs isn’t the same as watching those around you actually go through the vaccination process. The one exception to grassroots messaging may be using prominent figures from groups that still have higher vaccine skepticism—like Republican politicians.

And from the bully pulpit—President Biden’s messages and actions have got to be a delicate balance of carrot and stick, between acknowledging individual freedoms and insisting on actions for the common good.

Biden needs to keep reminding the country of its long history of requiring citizens to participate in programs that help all of us, including Social Security, Medicare and highway taxes. We stop for red lights, support local schools and parks, and pay for the military and police. Individuals need to pass tests and earn licenses if they want to drive or to work in many professions and trades.

Every civilization has rules for living together safely. Do Whatever You Want is not safe, for anyone.

And there are times, like now, when voluntary compliance is no longer enough.

The Delta variant has caused many private sector companies to require vaccines as necessary for all their employees.

Biden can do the same for federal workers (including the military) and he seems to be moving in this direction. He could also use some existing federal benefit programs, from SBA loans to tax credits, to provide leverage for enforcing vaccinations.

And yes, federal, state and local governments, as well as private businesses, can and should require written proof of vaccination to enter worksites and public places, from restaurants to ballparks. The furor about “vaccine passports” is political theater by the right. These same people have no problem with requiring printed IDs for everything from buying alcohol to applying for unemployment benefits.

Mentioning “passports” should remind us that COVID-19 is a global pandemic and that no one is safe until all of us are safe. With a great part of the developing world receiving barely any vaccines at all, that petri dish assumes global proportions, giving the virus safe places to survive, expand and mutate. The World Health Organization is right in calling on “have” nations to deliver massive amounts of vaccines to the “have nots” before they start broadly giving booster shots to their own citizens.

And now the good news. Vaccination rates in the United States have picked up significantly just in the last two weeks, even in states where residents have been more reluctant to get vaccinated. And formal FDA approval of the Pfizer and Moderna vaccines is expected within a month, replacing the “emergency” approval now in effect. This will help companies and local governments justify vaccination mandates. Polls suggest it will also help convince more unvaccinated folks to get their shots.

And what can you do to convince the unvaccinated people among your family and friends? Naming and shaming doesn’t work. Listen to them. Acknowledge their fears and concerns. Agree where you can and point out alternatives where you can’t.

“If America doesn't vaccinate a large enough number of its population to help crush this current outbreak, this surge could become the country's worst yet,” says Jerome Adams, Surgeon General in the Trump Administration.

But if we work together, vaccinate enough people and put on masks when needed, CDC chief Rochelle Walensky told CNN Thursday, “we could really control this in a matter of weeks.”

Make no mistake about it: THIS IS A CHOICE.