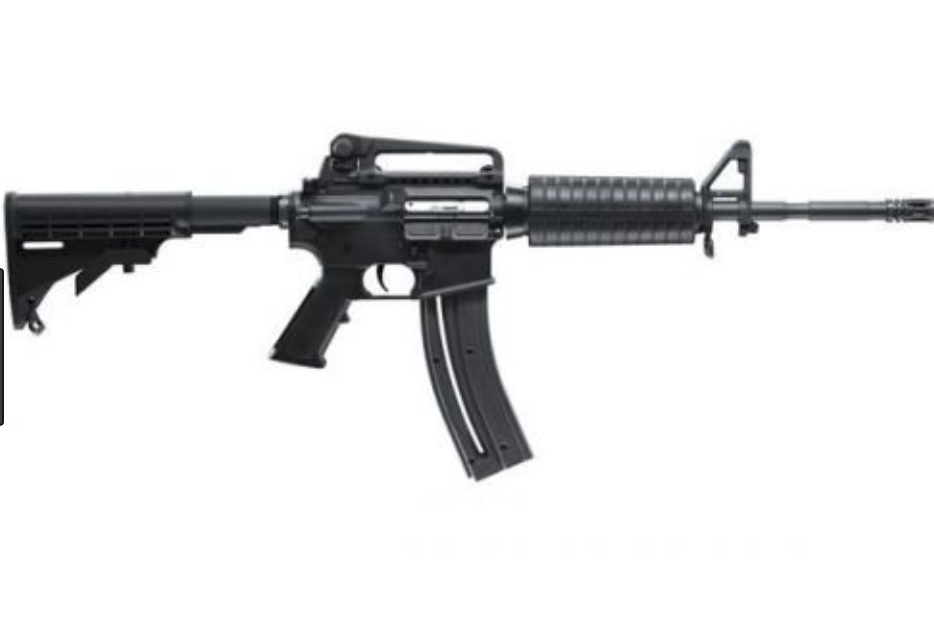 Why is the AR-15 the weapon of choice—not just for mass murderers but for law-abiding gun owners as well?

As most people know by now, an AR-15 is a semi-automatic variant of the M-16 rifle used by American combat soldiers in Vietnam. “Semi-automatic” means you have to pull the trigger once for each shot, limiting a shooter of average skill to about four shots a second. Adding a cheap, widely available “bump stock” doubles this rate of fire. The very high velocity (and therefore high kinetic energy) of an AR-15 (or M-16) bullet greatly increases the damage it does to soft tissue without much increasing the recoil. Rapid rate of fire, stopping power and ease of use are all elements designed into this weapon for use as a battlefield weapon.

In my opinion, however, it’s not just these battlefield advantages, but the emotional charge it gives the shooter that makes the AR-15 so popular. It’s the immense sense of personal power that shooting a killing machine like the AR-15 provides—with or without a bump stock—and the outlet for anger that sense of power provides.

I carried an M-16 during the war in Vietnam. I was technically a civilian but I was posted for 18 months in Hué, one of the most dangerous parts of the country, where the term “noncombatant” was meaningless. But not wearing a uniform meant that I had to keep up weaponry skills on my own. So soon after I arrived, I and Fallon, a Navy medic friend, went out to a gully a few miles outside of town to practice shooting. Here’s the account from my memoir, On the Edge:

Fallon used up his ammunition first. I had one more M-16 clip. I slammed it into the rifle and blasted away at a nearby bush, holding the gun at my waist. In two seconds, the bush disappeared.

I stood in a cloud of gunsmoke, not moving, my ears ringing. When I finally turned toward the car, Fallon was staring at me, not a muscle moving.

“What are you looking at?” I asked him.

“Do you know how you looked when you were firing that gun?” Fallon asked, his voice flat.

I don’t remember what I replied. It doesn’t matter. What mattered was that I knew instantly that what Fallon had said was true. I hadn’t seen a bush in front of me. I’d seen a squad of Viet Cong thrown backwards by the force of the bullets, their arms flung over the heads, blood spurting, brains and bone flying, death cries trapped in their throats. Then I’d seen them on the ground, muscles twitching for an instant, then still.

Fallon’s comment had shattered that reverie. It was as if he’d shot a flare into my soul and in that sharp, phosphorous light I could see demons there. I was silent all the way into town.

That evening I sat alone in my room, getting drunk on Johnny Walker Black. Somewhere in the night a dog barked. The soft sound of sandals on a graveled walk, and a muffled cough, told me the guards were still awake……

Who was I that afternoon, blowing away bushes and wishing they were Viet Cong? Had I really become some kind of maniac, as Fallon had said, that was ready and eager to kill?

In retrospect, I’d spent most of my young life storing up anger and stifling it. I was angry at the bullies at school in Tacoma, and for the “in” crowds who’d kept me out. I was angry at my father for not being the man I wanted him to be, angry at an unloving wife, and angry at me for trapping myself in a disastrous marriage. But anger had no place in the repressed, tightly wired person I’d become. So I’d kept it buried along with the rest of my emotions – unspoken and unspeakable. For long periods, I’d even forgotten it was there.

Vietnam was a war, and it had suddenly provided a new sanction for the violence in my heart and given a “legitimate” outlet for my anger I’d never had before.

But I couldn’t reach these insights then, and I was left with what Fallon had said. The power and ugliness of what I’d done with my M-16 that day had shocked him and it had shocked me. He’d been right, firing that burst from my M-16, I’d wanted my dark fantasy to be real. It was now OK for me to kill. The Viet Cong in my fantasy that day were stand-ins for all the people who had pushed me down.

I don’t think that the anger I held as a younger man was or is unique. And America today somedays seems wrapped in rage, a good part of it coming from white men watching the white male power their fathers enjoyed bit by bit eroded by forces unleashed by globalization and technology, and by women, minorities, immigrants and the smug liberals who assault their values and their honor.

That anger has to go someplace. Firing a weapon like the AR-15 is a great way to drain some of it off. Which suggests we need a serious addition to national gun control strategies.

Of course we need to keep up the political pressure for sensible restrictions on gun ownership. We need to build on the Parkland rallies and those to come, stay in the face of your local leaders and representatives, and write, speak out, and vote.

But we need to recognize that the arguments we hear every day from the NRA and its acolytes—defending the AR-15 on safety and constitutional grounds—are not the real arguments. That’s why knocking them down isn’t enough. The whole gun-control debate is like an iceberg, only a small fraction is visible. The security and constitutional arguments are the visible part of that iceberg. The biggest impediments to a sensible solution, in my opinion, are hidden beneath the water line, and they are emotional and psychological. If you want to ban weapons designed for the battlefield from the public square, or at least severely restrict their use, then you need to acknowledge the role that such weapons play in providing a sense of personal power and an outlet for rage in many men—and construct alternatives.

Half a century ago, second-wave feminists figured out paths for women’s empowerment and women have been marching down them ever since. Men need to do the same. AR-15s are not the answer.