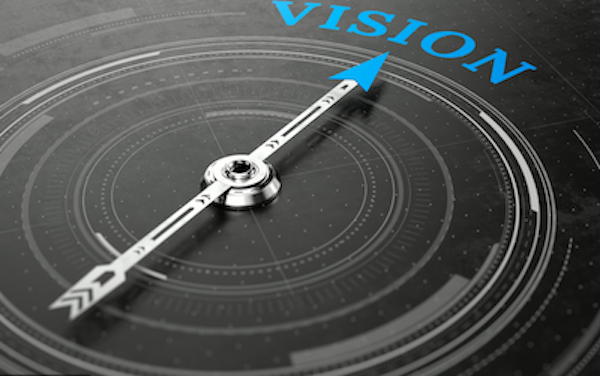 #5—THE IMPORTANCE OF VISION

When I was a sixth grader in Tacoma, Washington, waiting my turn at Travoni’s barber shop, I happened to pick up a magazine with a cover story about a place called Harvard. It was described as the best university in America. In the pictures, cool, confident young men were walking across Harvard Yard, obviously heading for lives of fame, money and power.

At that time in my life I was gawky, nerdy and terrified of speaking to girls. I was angry at the bullies who pushed me around and ashamed of how weak and inconsequential I obviously was. No one in my family had ever gone out of state to college. But going to Harvard, I saw, could make me one of those cool, self-assured young men. Looking up through the fog of early adolescence, I wanted to be powerful. I wanted to get to the top of the world, and Harvard, I thought, would take me there.

By the time I’d pedaled home after the haircut, my picture of me at Harvard had burned itself into my soul. For the next six years I made every move I could to make that picture real. I transferred myself into the only local school that was hard enough to get me high scores on the entrance exams. I rarely looked up from my books—nothing happening around me was as important as where I was headed. That kid who was me worked so hard, he got a National Merit Scholarship, thus solving the problem of how my not-rich family was going to pay for an Ivy League education.

I became one of those guys walking across Harvard Yard, on my way to a pretty fine career in the US Foreign Service.

It worked because that nerdy kid’s vision was so clear and strong.

Is there something you really want to see happen? Then I suggest you need a vision to turn your goal into a reality.

Your vision must be a clear, strong mental picture of a desired result that doesn’t yet exist. It can’t be an idle wish or hope, but a picture of the real fruits of real efforts. It comes from the future and informs and energizes the present.

Think about Dr. Martin Luther King, Jr. When he said, “I have a dream…” there was very little national support for his cause and Congress showed no signs of passing civil rights legislation. But his vision catalyzed progress—in attitudes, strategy and legislation—where there had been none.

It doesn’t take a Dr. King to create a vision. Even a nerdy kid in a barber shop can do it. Over the last 40 years I’ve taught thousands of people how to unleash the power of a vision in their lives and the results I’ve seen for many have been life-changing,

And not just for individuals. Teams and organizations use visions to help improve performance and reach goals. The sheer intensity of Steve Jobs’ vision reportedly made him hard to work with—but without it Apple would have been just another good idea that failed. Oxfam’s vision—"A just world without poverty” has powerfully guided that organization’s important work for decades. Tesla’s vision “To accelerate the world’s transition to sustainable energy” seems as powerful and permanent for them as a magazine picture in a barbershop was for me.

A vision inspires action. As in Dr. King’s case, a powerful vision pulls in the ideas, people and other resources needed to make it real. It inspires people to commit, to persist and to give their best. It creates the energy and will to make change happen.

A vision helps keep organizations and groups focused and together, especially with complex projects and in stressful times. When people share a vision, it’s easier for them to see connections between what they want as individuals and the goals of an entire group.

A vision is a practical guide for creating plans, setting goals and objectives, making decisions, and coordinating and evaluating work on any project. It works like “true north” on a compass: you can test each idea or option by asking whether or not it will help attain the vision for that project.

Not every picture in your head is a vision.

A successful vision needs to be clear—so sharp and so detailed that you can see, smell and taste the smallest details. If your vision is teaching a child to read, picture her getting through a whole page by herself for the first time, right down to the little catches in her voice and the huge grin that lights up the room when she’s done. If your vision is achieving a personal best in running a race, feel the air rushing past your ears and hear the shouts urging you on. Hear the applause when you cross the finish line and look up at the clock to see that you’ve done your best time ever.

But don’t try to motivate yourself or others with a vision of bad things that might happen. A vision based on fear may help fuel immediate action, but it can also hinder creative and courageous thinking. “Not wearing a mask will kill you” is a much weaker vision than “Masks will keep you and your family safe.”

If your vision includes changing other peoples’ minds, be aware that the challenge right in front of you is only that part of the problem you can see—the real challenge is often deeper and can involve personal attitudes that may be strongly held. Any strategy that ignores such attitudes will likely be a short-term fix—the “solved” problem will reappear, often in a different form. That’s why your vision for an effective, long-term solution needs to consider changes in peoples’ attitudes, perhaps including your own.

I once led a visioning workshop in a southern city, for example, on the subject of extending light rail from the city center into the suburbs. The initial vision by city planners had foundered, seemingly on the expressed issues of costs and zoning. But a more honest effort demonstrated that the real obstacle—unspoken—was white resistance to making the suburbs more accessible to Blacks. When options for dealing with that issue were finally included in a revised vision, participants gained a more honest assessment of what they were up against—and a better chance of success in overcoming it .

You will want to include a clear picture of your personal role in your vision, not just that of your organization. That isn’t about ego. It’s about you taking full responsibility for helping achieve the results you want. It’s you out of the stands and onto the playing field, modeling the behaviors you want to see in others.

In my experience the hardest part of getting people to craft a successful vision is convincing them that it must come from the heart, not the head.

Don’t try to think your way to a vision. You’ve got to give yourself the freedom to dream—to use your imagination to see and feel what doesn’t yet exist. Put yourself into the future and look back. You’ll find that a lot easier to do if you take a long quiet walk than if you sit at a desk making lists.

You can get to the list-making when your vision is sharp and clear. You’ll need a lot of thinking then to set vision-based goals and objectives that, when met, will make your vision real.

Next: #6—How to Create a Project Plan that Works (You can read the entire series of Coach’s Corner tips here)